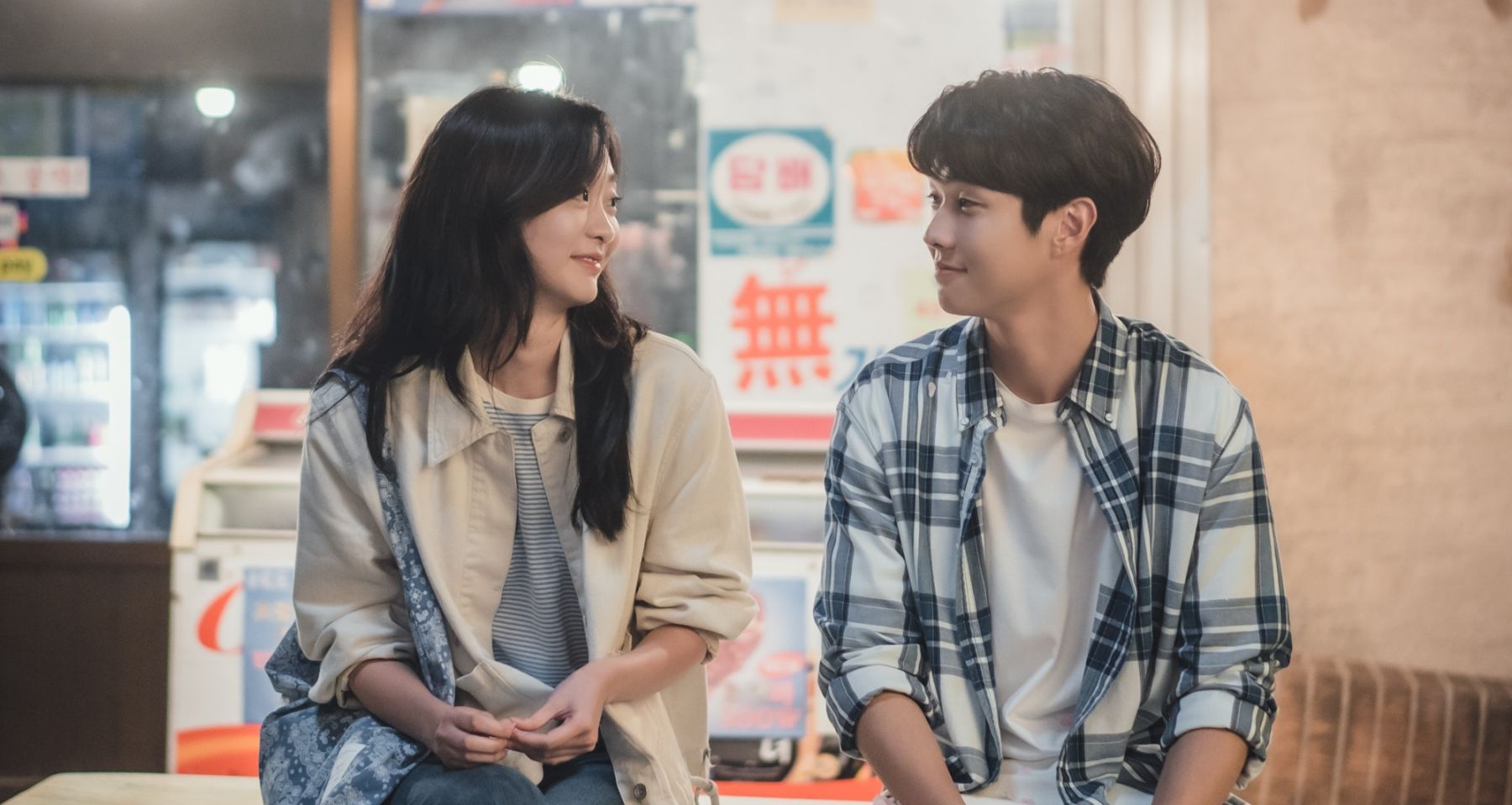 Valentine’s Day is drawing near, and love is evident in the air. During the month of love, it is best to keep your loved ones safe and loved through staying indoors–but still making this occasion a special day to remember. Here are some of the movies and series that might capture your hearts– and lead you to love as well!

Released in December 2021, Our Beloved Summer has gained popularity for its sublime interpretation of love in different forms through heartfelt dialogues. Years after shooting their school-themed documentary, ex-lovers Kook Yeon Soo (Kim Dami) and Choi Ung (Choi Woo Shik) are forced to reunite once more for one final project. Will they be able to reconcile their differences, or will they stay sworn enemies forever? This K-drama will make you relive your high school days while giving you a crash course about love and the sacrifices it entails. To top it off, the actors’ chemistry is just off the charts, you can truly feel their connection on and off-screen. If you’re looking for a comfort drama armed with depth and perspective, Our Beloved Summer is just the perfect thing to watch!

This K-drama hit the world by storm and captured the viewers’ hearts across different countries. Ko Mun Yeong (Seo Yea Ji) writes children’s books for a living and achieves fame out of her original and edgy works. She crosses paths with Moon Gang-Tae (Kim Soo Hyun), a psychiatric ward caretaker, which signals the start of their journey towards emotional healing and eventually, love. This drama grapples with various topics such as self-love, family ties, psychological health, and the rawness of first loves. The drama’s underlying messages within each episode are crafted so meticulously that the viewers are also enthralled as the story progresses. Who knows, it might just help you discover things you didn’t know about yourself, and about your partner as well! It’s Okay Not to Be Okay will work its magic this Valentine’s Day.

Are you a fan of the ‘love at first sight’ trope and slow burns? This movie is perfect for you! The film’s namesake, Elise (Janine Gutierrez), is extraordinary– especially to the eyes of love-struck Bert (Enchong Dee). As time passes, they forge a connection that could last a lifetime. His affection for the girl endures from childhood to adulthood, but will it finally be requited?  This romance movie appeals to the young at heart for it also features a 90’s vibe armed with the nostalgia of that era. Elise will surely take you on a trip down memory lane alongside your lover!

This movie will satisfy the hopeless romantic in you as it whisks you to the breathtaking streets of Verona, Italy. Sophie (Amanda Seyfried) visits Verona with her fiance, hoping for some downtime before the wedding. However, she is in for an adventure of a lifetime as she discovers an ancient letter–written in 1957– sent to none other than Juliet herself! This movie is just the right thing if you’re looking for a light-hearted storyline with an enemies-to-lovers trope. Join them this Valentine’s Day as they look for the one that got away– and witness how this love story stood the test of time!

With these K-dramas and films, partnered with a bowl of popcorn, you can create a cinematic atmosphere within the comforts of your home. Of course, don’t forget the tissues– sometimes love can indeed be a tear-jerker. These films will surely make you feel loved and cherished this Valentine’s Day! 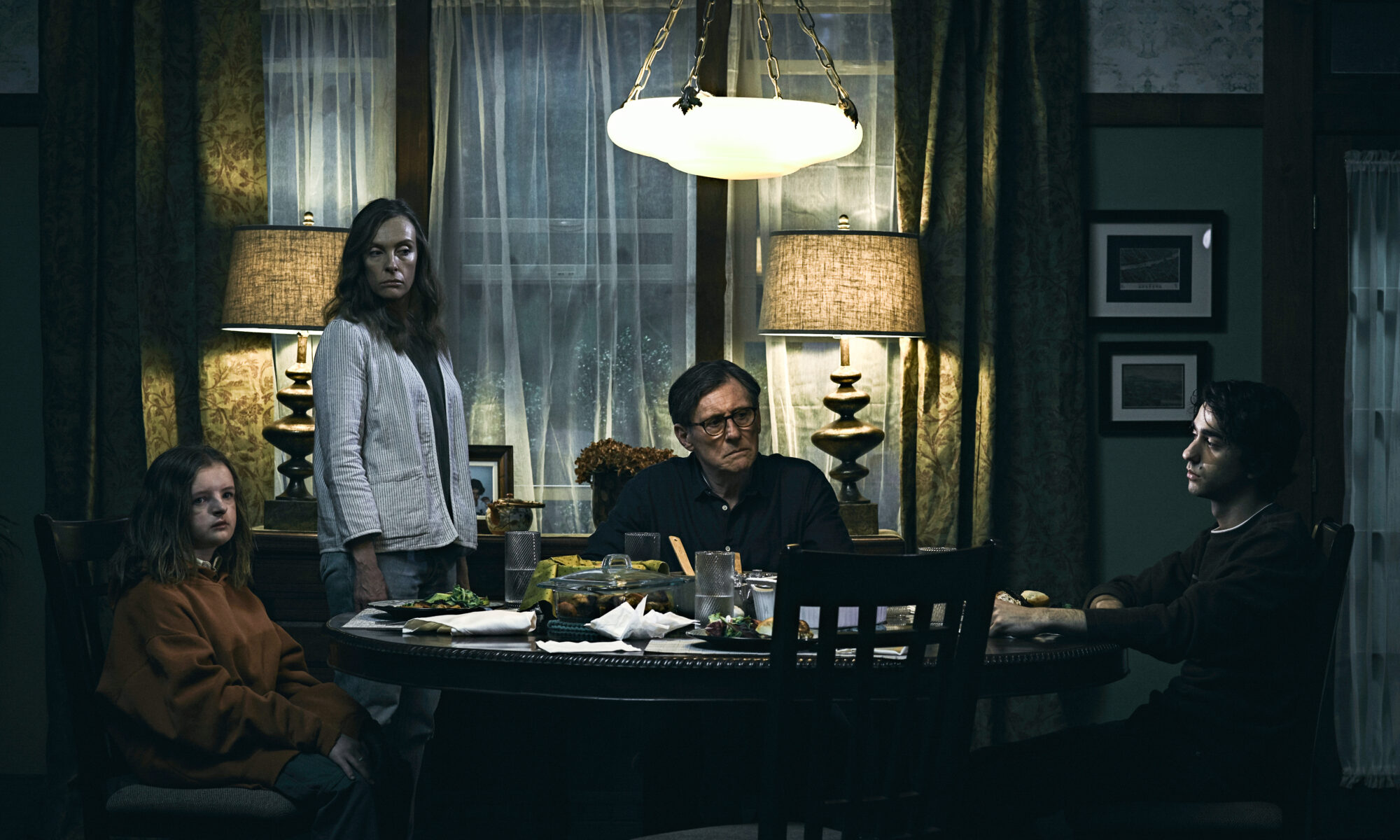 We are more than prepared for some scares this Halloween season and what better way to immerse in the frights than to curl up under the covers and watch some of the best horror flicks.

From psychological to sci-fi to remakes of the classics, there are a bunch of horror films to choose from that can commence your screaming-slash-streaming fest through GMovies, the leading online ticketing platform, and UPSTREAM.PH, a new online transactional video on demand (TVOD) platform.

Grab yourself something to hold on to because here’s our list of thrillers which includes the 2018 blockbuster and critically acclaimed haunted film Hereditary and the 2019 reboot of the Child’s Play franchise.

No one is safe. On the morning after The Purge, a masked gang of killers attacks a wealthy Texas ranching family and their workers. Exposed by daylight, the two families are forced to band together and fight back as the country spirals into chaos and the United States begins to disintegrate around them.

When the matriarch of the Graham family passes away, her daughter and grandchildren begin to unravel cryptic and increasingly terrifying secrets about their ancestry, trying to outrun the sinister fate they have inherited. Starring Toni Collete, Gabriel Byrne, Alex Wolff, Milly Shapiro, Ann Dowd, and Mallory Bechtel.

Sea captain David is looking for a way to guarantee a better life for his family and buys a ship because he believes it’ll give them prosperity, but once they set sail they discover that the ship holds terrifying secrets. Starring Gary Oldman, Emily Mortimer, Manuel Garcia-Rulfo, Stefanie Scott, Chloe Perrin, Douglas Urbanski, Jennifer Esposito, and Owen Teague.

When Cecilia’s abusive ex takes his own life and leaves her his fortune, she suspects his death was a hoax. As a series of coincidences turn lethal, Cecilia works to prove that she is being hunted by someone nobody can see. Starring Elisabeth Moss, Aldis Hodge, Storm Reid, Harriet Dyer, Michael Dorman, and Oliver Jackson-Cohen.

Get Out, streaming now

A young African-American visits his white girlfriend’s parents for the weekend, where his simmering uneasiness about their reception of him eventually reaches a boiling point. Starring Daniel Kaluuya, Allison Williams, Bradley Whitford, Catherine Keener, Caleb Landry Jones, and Marcus Henderson.

Dawn of the Dead, streaming now

To watch the films, you just need to download the GMovies app on your smartphone via Apple Store, Google Play Store, or Huawei App Gallery or visit gmovies.ph. Select the movie, tap the “Pay” button and choose your payment option, click stream now on UPSTREAM, then sit back. For a one-time payment, the entire household can even watch the movies together.

So gather ‘round, grab that popcorn, and let UPSTREAM and GMovies make your heart jump out of your chest this Halloween. Go to https://bit.ly/GMovies-Shows to book your tickets now!