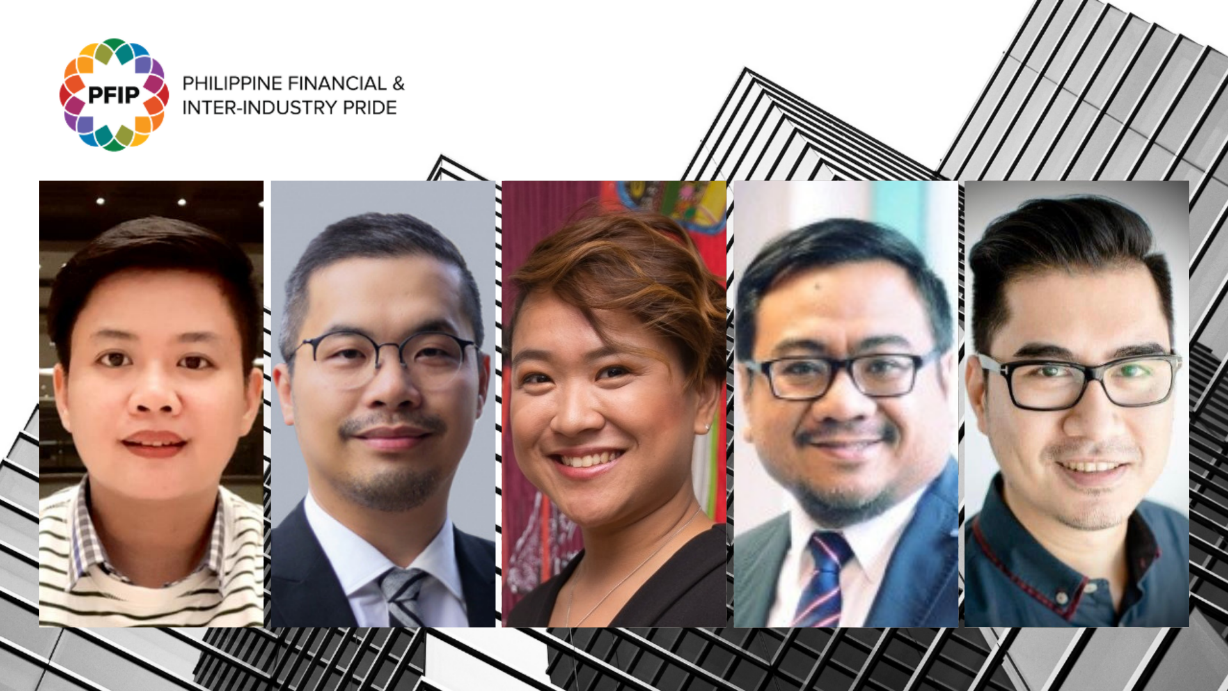 As the world continues its battle against the current pandemic to save lives, thousands of LGBT+ Communities around the globe never falter to fight for its century-aged diversity and inclusion rights. In the Philippines, where policies are still under deliberation, a growing number of locally-based companies have been recognizing and supporting LGBT+ policies as stated in the recent LGBT+ Workplace Inclusion Survey 2021 of The Philippine Financial & Inter-Industry Pride (PFIP).

The Philippine Financial & Inter-Industry Pride (PFIP) is a collaborative, voluntary, and non-profit community of practice for equal opportunity employers and inclusive business organizations in the Philippines that started in October 2013 and has over 50 members now across multiple industries, including banking and financial services.

“We conducted the LGBT+ Workplace Inclusion Survey 2021 last June and through the help of our partners at the Asian Institute of Management, we’ve come up with an analysis that we hope could help further enhance the LGBT+ policies in the country’s corporate world, as well as enlighten the government system with new policies and laws that will protect the LGBT+ Community,” shared Mr. Chris Eugenio, PFIP Board of Trustee.

With more than 100 participants, which include PFIP members and non-members, the LGBT+ Workplace Inclusion Survey 2021 reveals that the majority of 86% of the respondents have anti-discrimination policies on the basis of both sexual orientation and gender identity and expression. The survey also shows that most of them have publicly expressed their support for LGBT+ inclusion. 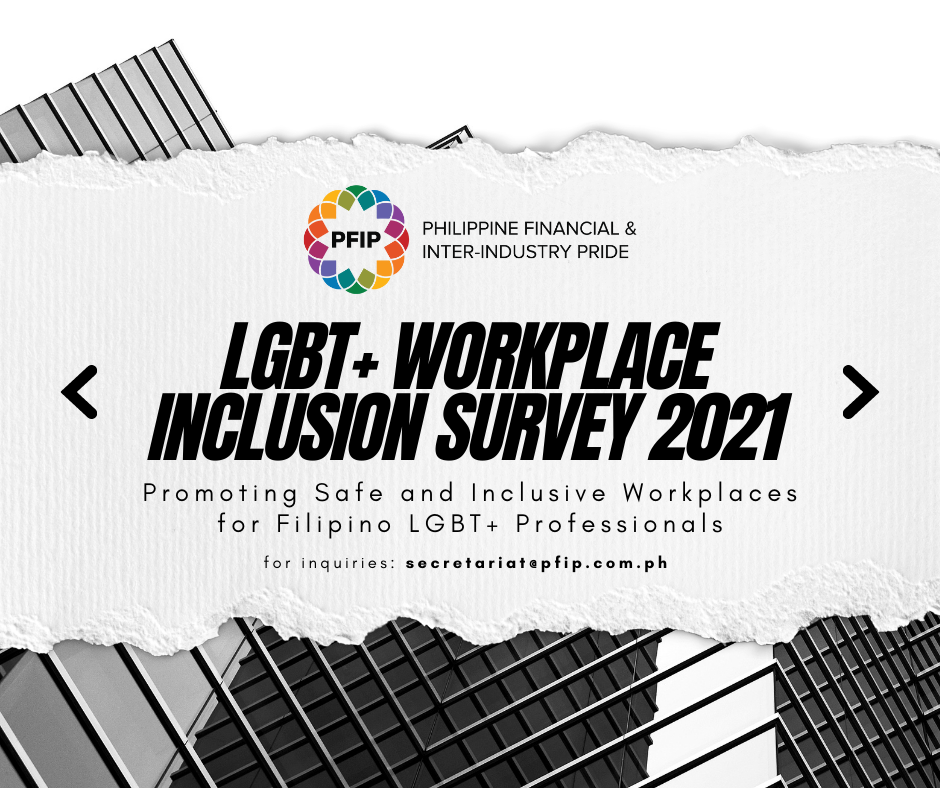 The survey also revealed that among the respondents, at least 64% have a variety of leaders who come out as members of the LGBT+ community or as allies and enable diversity and inclusion policies in the workplace serving as role models to employees. They were also identified as the driver of inclusion and are accountable to diversity and inclusion targets. ​While 58% of the respondents have LGBT+ Networks for employees that help in fostering community ties.

In terms of inclusivity on the technical system, more than half of respondents allow their employees to declare their chosen names and pronouns in systems such as emails and company directory, while exactly half of the respondents have an LGBT+ inclusion strategy driven by data collected over time. This shows the broadening acceptance of various industries in the country wherein LGBT+ members can rightfully identify their chosen name declaration and/or pronoun declaration.

The Philippine Financial & Inter-Industry Pride (PFIP) takes pride in the 2021 LGBT+ Workplace Inclusion Survey as the first of its kind survey done locally that creates a picture of the situation of LGBT+ employees in the corporate set-up across various industries.

To know more about The Philippine Financial & Inter-Industry Pride, you may follow PFIP on facebook.com/PFIP.Pride. To request for a copy of the 2021 LGBT+ Workplace Inclusion Survey, email secretariat@pfip.com.ph.