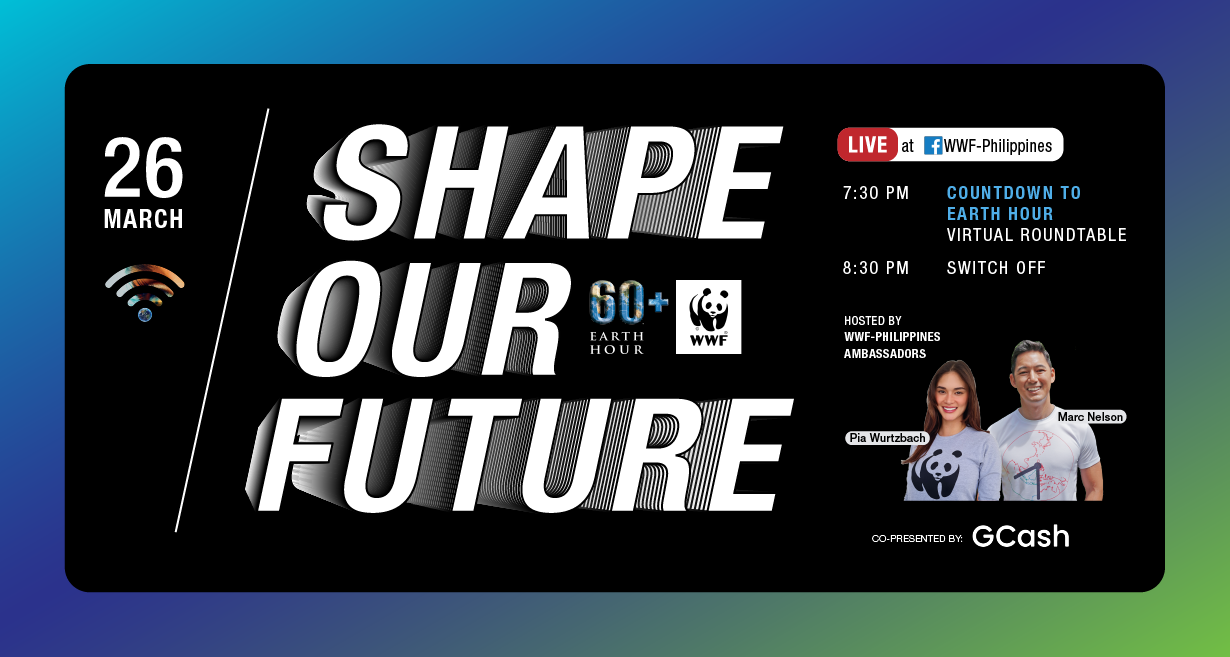 On March 26 at 8:30 p.m. local time, WWF-Philippines invites Filipinos to turn off their lights during the annual celebration of Earth Hour as a symbol of a broader commitment toward the planet. This global celebration started as a symbolic event in Sydney, Australia in 2007 and has grown into one of the world’s largest grassroots environmental movements spanning over 7,000 cities and 193 countries and territories.

This year’s Earth Hour takes place at a particularly crucial time as it calls for increased ambition and urgent action to halt and reverse nature loss by 2030. It also takes place before the UN Convention on Biological Diversity (CBD) COP15, initially scheduled for April 25-May 8, where leaders from around the world will gather to decide on a new global action plan for nature for the coming decade. WWF aims to build a groundswell of actions and noise en-masse, including on the news, to put pressure on world leaders in the build-up to CBD COP15.

Earth Hour 2022 also puts forward a broader call to action for individuals to step towards living sustainably and for companies and governments to help build an equitable, nature-positive, and net-zero carbon future.

WWF-Philippines’ Earth Hour Ambassador Mikee Cojuangco-Jaworski shared what this movement means for everyone saying “Earth Hour might be symbolic, but it’s the most powerful reminder that we care, and how many of us all over the world do care.” 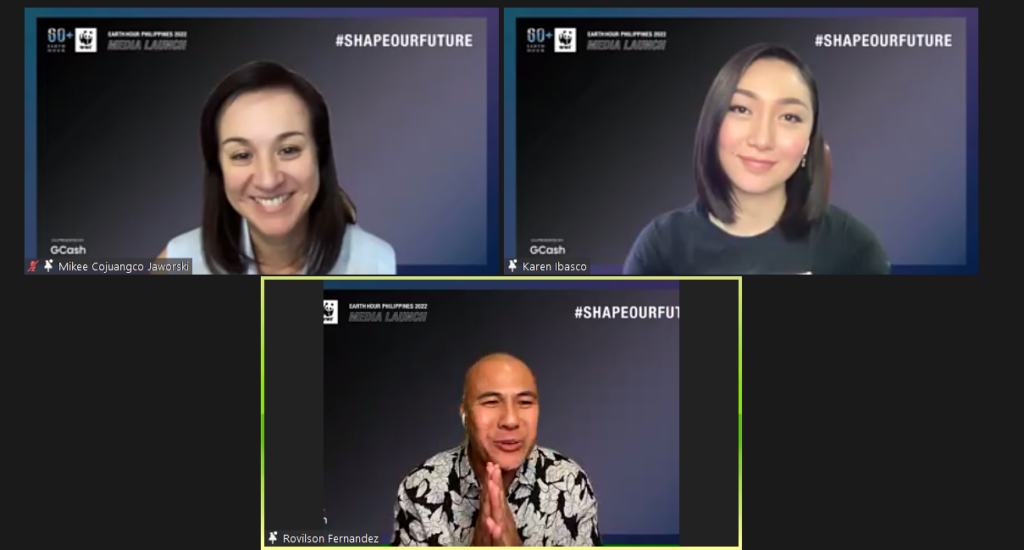 For a decade since its inception back in 2007, Earth Hour focused on building awareness of climate change. From 2018, the focus of the movement pivoted to include both climate and nature as their interconnectivity became more evident with human activity causing direct negative impacts on nature and the environment, which then contributes to biodiversity loss and climate change.

Most of the events and campaigns for Earth Hour Philippines 2022 will be celebrated online. The #ShapeOurFuture social media mini-series that ran from March 1 to 11 features select individuals encouraging the public to probe into the election candidates’ platform for the country’s biodiversity conservation.

Earth Hour Virtual Run, a self-paced virtual run that aims to promote a sustainable and healthy lifestyle, raise environmental awareness, and support conservation efforts of WWF-Philippines, will span from March 26 to April 22. Participants can choose their distance from 10 km to 60 km. The registration started February 2 and will end April 9.

Jefferson Lo, founder of Pinoy Fitness, which partnered with WWF-Philippines for the Earth Hour Virtual Run said he believes that “protecting the planet is everyone’s responsibility, especially for us runners and those who are into fitness knows how important the environment is.”

On the day itself, an hour before the switch-off, there will be a Countdown to Earth Hour roundtable discussion hosted by WWF ambassadors Marc Nelson and Pia Wurtzbach. The speaker line-up includes representatives from the Green Thumb Coalition, farmers and fisherfolks, and on-the-ground environmental workers.

The roundtable will be anchored on the importance of legislation and policies for the future of the Philippine environment. With 2022 being a critical year for both the environment and Filipinos, this aims to empower voters with the proper knowledge to create well-thought-of choices in the upcoming national election and elect leaders that will put sustainability on the pedestal.