Overdoughs, famous for its mouthwatering chonky cookies and donuts, stands out not just for its products but for providing employment and opportunities for the deaf.

When his mother was pregnant with him, she contracted German measles. This caused 31-year-old Jan Aldrin L. Lontoc to be born deaf. Lontoc, however, did not allow his condition to affect what he wanted to achieve in life – to be the best version of himself and to be a valuable member of the community.

After graduating from a two-year course in hotel and restaurant services, Lontoc worked as a part-time waiter in a catering company. He also had stints in Bench and Hapee Toothpaste.

“I learned about the Caravan Food Group, Inc. when I submitted my resume at the UNILAB Office. And that was the start of my working relationship with Elait in 2017,” Lontoc said.

The Caravan Food Group Inc. is the company behind Elait and Overdoughs. Elait offers ice cream where customers can witness ice cream being rolled with their favorite flavors right in front of them. Overdoughs, on the other hand, offers their very own versions of donuts or doughnuts, mouthwatering chunky cookies or Chonky Cookies, brownies or brookies, pizza, and fries.

What makes these two establishments stand out is that they provide employment and opportunities for the deaf.

“When I was a teenager, I remember visiting a clothing shop. The employees at the shop were all at the cashier talking to each other. And then there was a guy who approached me but he was not talking. He was trying his best to assist me and it was then that I noticed that there was a name tag and the word deaf was placed,’ recalled Francis Carl Reyes, CEO, and Founder of Caravan Food Group Inc.

That was Reyes’ first experience with a deaf person who he felt was the “epitome of good customer service. No matter who you are, he is going to assist you. No judgment.” That experience made him decide that he would employ deaf partners for his store.

He tried out the deaf partner program initially with Elait. When he saw that it was doing well, he implemented it at Overdoughs. Initially, Reyes started with two tables and two deaf partners and he would be observing how they were doing their jobs.

Before he was deployed in Elait, Lontoc underwent training and he said that it was a good experience for him.

“I learned a lot during my training with Elait. I learned how to roll the ice cream properly and serve customers. After a while, my supervisors allowed me to transfer to Overdoughs. There, I learned to prepare the doughnuts and our best-selling Chonky Cookies,” Lontoc said.

Despite the challenges brought about by the COVID-19 pandemic, Lontoc persevered and rose the ranks to become a team leader in just five years.

“As of now, I am currently in training to be an area supervisor and I am very thankful to my managers because they are very supportive,” Lontoc said.

Lontoc will have his hands full in the coming months as Reyes hopes to convert more of their Overdoughs outlets into cafes so that customers can get to savor their other products like pizzas, fried chicken, fries, and empanadas.

Overdoughs currently has one such outlet in Greenhills where customers can not only enjoy good food but do good as well.

“I have learned to do my best, to be patient, trustworthy, dependable. I want to be a successful area supervisor, a position, I hope I can have for a lifetime. Now that I am married, I want to have a stable job for my family,” Lontoc said. 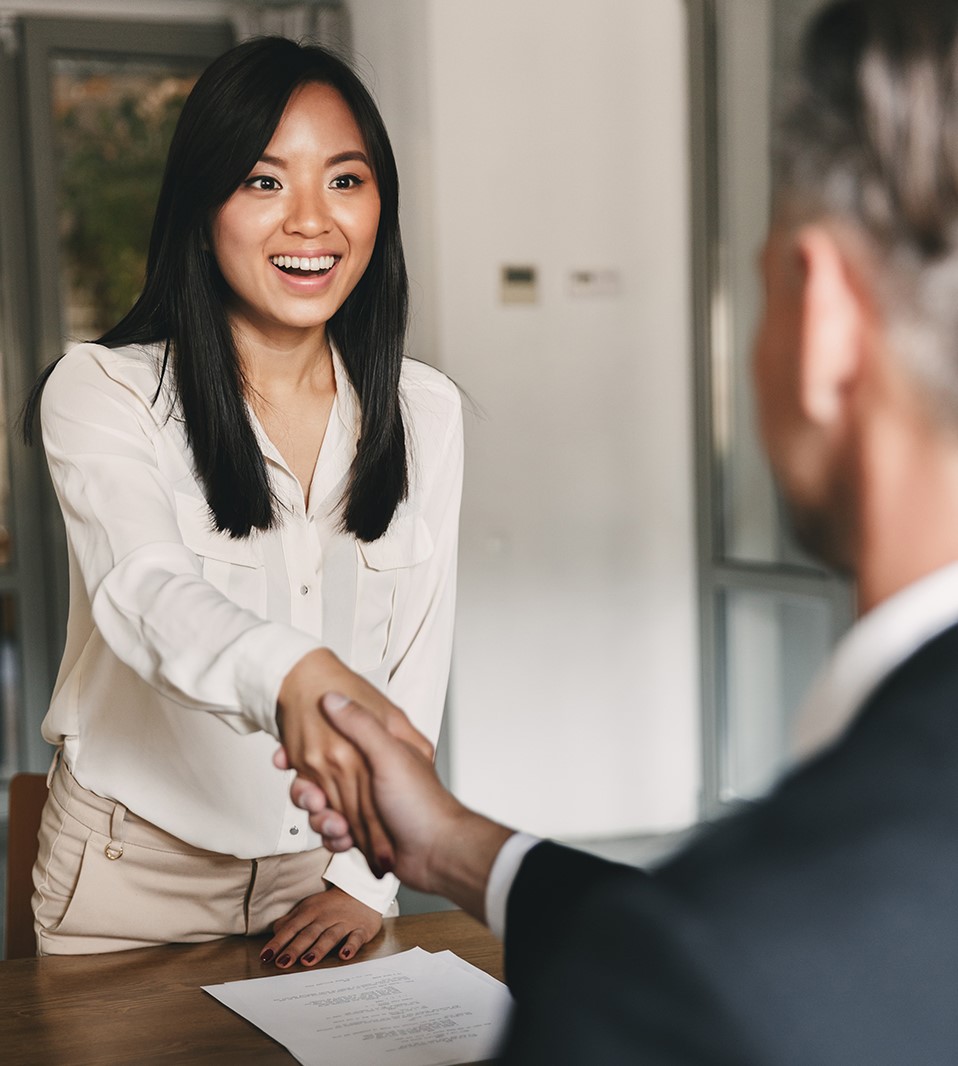 Shopee, the leading e-commerce platform in Southeast Asia and Taiwan, has been voted as one of the top 30 Graduate Employers to work for in the Philippines.

GradPhilippines, is a platform that connects students, recent graduates, and early career talents with potential job opportunities, employers, internships, and more. It is the most sought-after employer award in the Asia Pacific Region, especially in countries like Australia and New Zealand.

The Top 100 Graduate Employers list recognizes the highest quality and most popular graduate employers in the country and acknowledges exceptional employers who hire early-career talents. GradPhilippines’ methodology has been refined to reflect an employer’s popularity and quality. This is achieved by combining data from search engines, page views, and employee reviews. Through this, an objective and comprehensive ranking of graduate preferences have been determined.

Karen Perez, Head of Operations and HR Center of Excellence at Shopee Philippines, said, “Shopee is honored to make the list of GradPhilippines’ Top Graduate Employers of 2021.  In line with our ongoing effort to support the development of the future digital economy, it’s important that we train and support the next generation of talents in various categories for them to excel further in their careers. We value everyone at Shopee and are committed to taking care of our people culturally, virtually, and remotely. We look forward to grooming more young talents to enhance their skills and knowledge in the tech and e-commerce industry.”

Shopee prides itself on simplicity, positivity, and continuously providing opportunities for growth. Shopee has a strong company culture that’s dynamic and collaborative, which creates an open and honest environment that makes talents feel like an asset to the company.

As the economy bounces back from the repercussions of the pandemic, Shopee will continue to equip tech talents for e-commerce through programs like the Global Leaders Program (GLP). Launched in 2018, the Shopee Global Leaders Program is a two-year graduate program consisting of four six-month local and overseas rotations made for highly enthusiastic and ambitious young Filipino talents.

Participants will help drive Shopee’s campaigns and new initiatives by working with local and overseas teams. During the program, they can gain momentous experiences, regional exposure, and also contribute to the expansion of Shopee across the region. Participants will be part of a structured learning and development program and receive committed mentorship from Shopee leaders.

For more information about the Global Leaders Program, visit https://careers.shopee.ph/GLP

Download the Shopee app for free via the App Store or Google Play. Check out with ShopeePay to enjoy more great deals on Shopee.