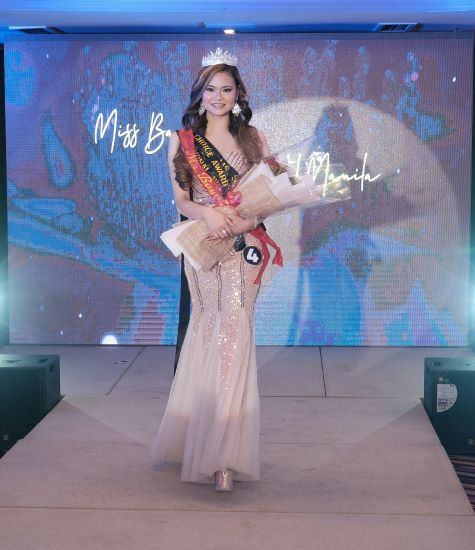 To excel in what you do, you must love what you do—the Philippines and beauty pageant is a shining example. While other countries religiously support events like Super Bowl and the FIFA World Cup, we are devoted more to a different kind of competition—the beauty pageant.

Eventually, beauty pageants (also known as ‘beaucons’) were springing up like mushrooms, becoming a staple at town fiestas and all but there’s nothing quite like the Miss Bayview Park Hotel 2022 with this year’s winner, Mikhaella Fernandez.

“The objective of this pageant is to reflect the hotel values in maintaining the drive in our staff who are committed to delivering excellent service with the promise of total guest satisfaction,” says Eugene Yap, Bayview Park Hotel general manager. “The beauty pageant is also a testament to the hotel’s great comeback after over two years of lockdown that we altogether were challenged with as a nation,” Yap added.

All six candidates were commendable during the pageant as each of them was allowed to voice out and represent the Bayview Park Hotel’s core values and causes in promoting our country’s tourism efforts.

Whatever the inherent reason why we love beauty pageants, there’s one that can’t be denied—it’s a lot of fun to watch especially if you’re on the winning team. See you again next year for the Miss Bayview Park Hotel 2023.