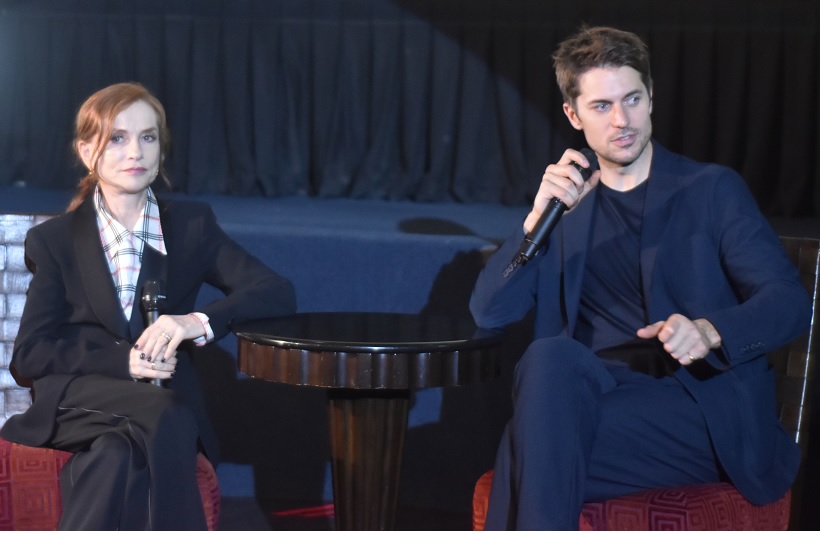 As part of the celebration of the 75th anniversary of France-Philippines diplomatic relations, the French Film Festival has recently curated movies composed of current releases and new ones that came out in the last two years.

Award-winning and accomplished French actress Isabelle Huppert and French actor Lucas Bravo who became popular for his portrayal of Gabriel in the hit Netflix series Emily in Paris engaged moviegoers, fans, and the media in a brief interview about their movies that were screened for the festival.  Huppert and Bravo are part of the cast of Mrs. Harris Goes to Paris by Anthony Fabian. About Joan by Laurent Larivière and Promises by Thomas Kruithof are the two most recent films starring Huppert. She is also the main actress in Brillante Mendoza’s Captive.

Filipinos and the French share a passion for moving images. Soon after the Lumière brothers invented cinema, Pathé projectors found their way to the Philippine islands and soon enough Filipinos were making films already. The French Film Festival has been bringing some of the most critically acclaimed and crowd pleasers to the discerning Filipino audience in search of movies that look into social issues, family values, and beautiful scenery that are close to the heart.

Opening the festival, Eiffel by Director Martin Bourboulon recounts the building of the Eiffel Tower inspired by a love story. The selection includes Lost Illusions by Xavier Gianolli, Farewell Mr. Haffmann by Fred Cavayé, set in Paris during World War 2, Notre Dame on Fire by Jean-Jacques Anneaud about the incident that damaged another historical monument in the center of Paris, Him by Guillaume Canet on the life of a music composer, Paris Memories, remembering Paris under terrorist attacks, a sequel to the popular French agent OSS 117: From Africa with Love. Rise by Cédric Klapisch tells an inspiring story about a ballet dancer.

The French Film Festival is also the event that brings together France and the Philippines with the screening of Filipino films that have gained recognition from the French audience. Like On the Job by Erik Matti which was shown in the Director’s Fortnight in Cannes. OTJ Missing 8 will be screening also at the festival.

At the height of the pandemic, Director Sigrid Bernardo flew to Paris with actors and crew to shoot Walang Kaparis, produced by Piolo Pascual. While the film is still in post-production, it paves the way toward co-productions between France and the Philippines.

Under the Chairmanship of Tirso Cruz III, the Film Development Council of the Philippines will strive to work toward the signing of a co-production agreement between France and the Philippines that will open more opportunities for collaboration between filmmakers and more French and Filipino movies in the near future.