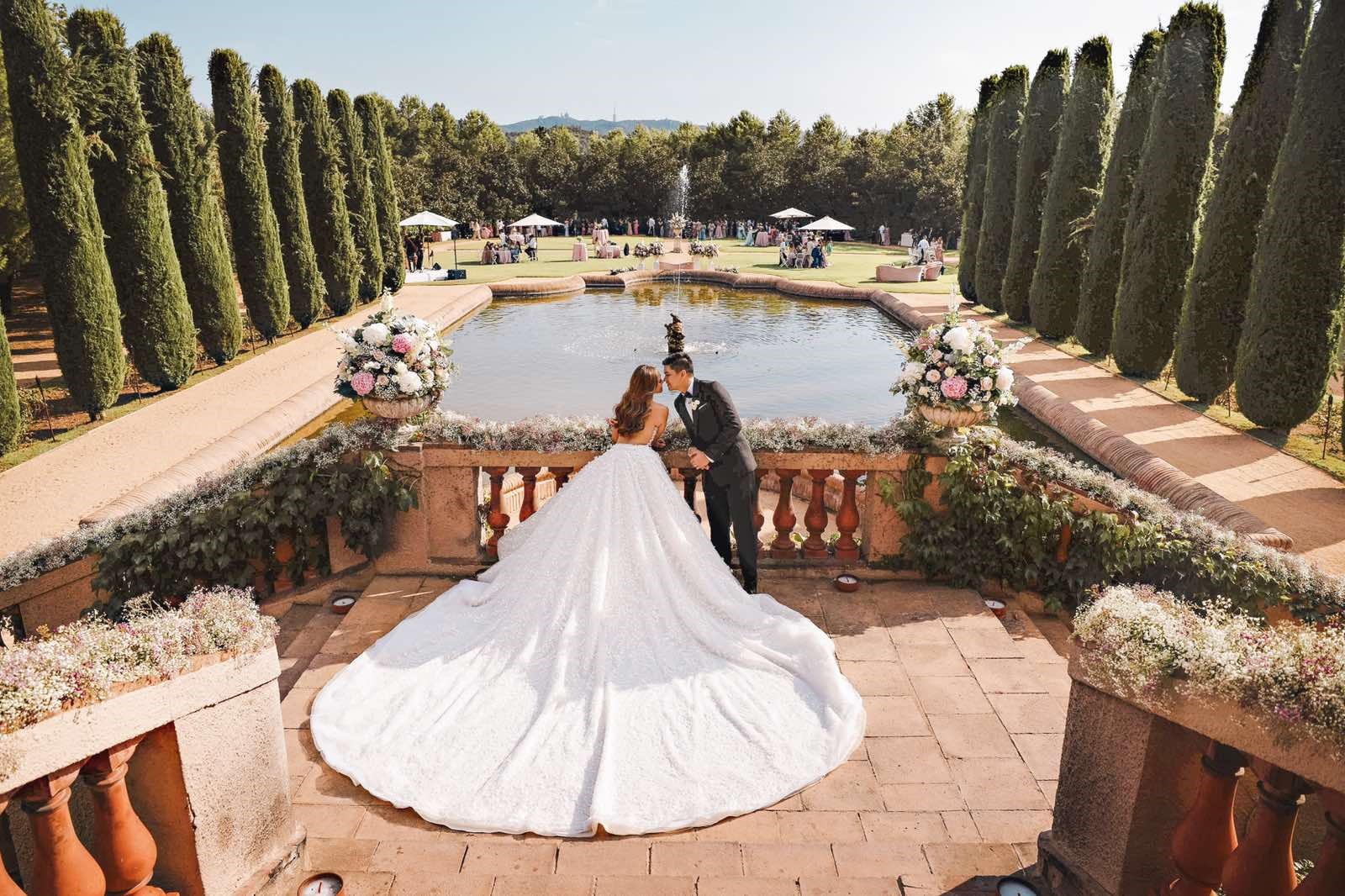 A celebration of true love, and the realization of a dream by two dreamers  – only Spain would “I do.”

Kicking off the two-day event was a visit to Monasterio de Monserrat in the afternoon with a Despedida de Soltera at Cavas Freixenet in the evening. The Rumbredos band serenaded guests into an open-floor Flamenco night.

The next day, Joanna Robles flowed down the aisle in a Michael Leyva gown on September 15, 2022, meeting her longtime sweetheart, Raphael Tolentino, wearing a Joey Samson Tuxedo, at the altar of Mare de Deu de la Bonanova in the heart of Barcelona. The couple exchanged vows in front of God and some two hundred teary-eyed, close friends and family at a ceremony officiated by New York-based Father Rhey Garcia, who surprised the couple with a marriage certificate signed by Pope.

Cheers from local onlookers served as an impromptu sendoff for the entourage as the group whisked away to the reception at Castel De San Marcal. A live jazz band welcomed guests as they strolled across fresh-cut lawns, the crowd enticed by caterer Merçes’s Spanish delicacies, including truffle paella, foie biscuit, and Iberian ham sliced so thin one could see through them. Liveried staff served various cavas, as some opted for freshly rolled Cuban cigars while waiting for the reception to start.

Festivities formally began close to sunset at 7 o’clock. Under the shadow of the former Count of Barcelona’s 11th-century fortress home, singers Lexter and Audrey serenaded Joanna and Raphael and their guests as they feted to a multi-course meal chosen with the help of planners Priscila Llorens. Heartier than the tenderloin and sweeter than the baked apple crumble the speeches and toasts given by guests to the newlyweds were followed closely by stunning captures from the esteemed photographer, Pat Dy, and a breath-taking same-day-edit by renowned videographer, Jason Magbanua.

The groom cutting a towering, 7-foot-tall wedding cake with a medieval sword amidst a stream of fireworks served as a finale to the dinner and the beginning of the wild after-party. The castle’s stone inner sanctum thrummed to beats by DJs Marlo, and Janus Naval as an open bar of wines and spirits kept guests’ energy up the next morning.

Joanna and Raphael’s wedding, originally slated for 2020, was instead realized as a three-year event in the making — a merging of twin cultures, a celebration of true love, and the realization of a dream by two dreamers.