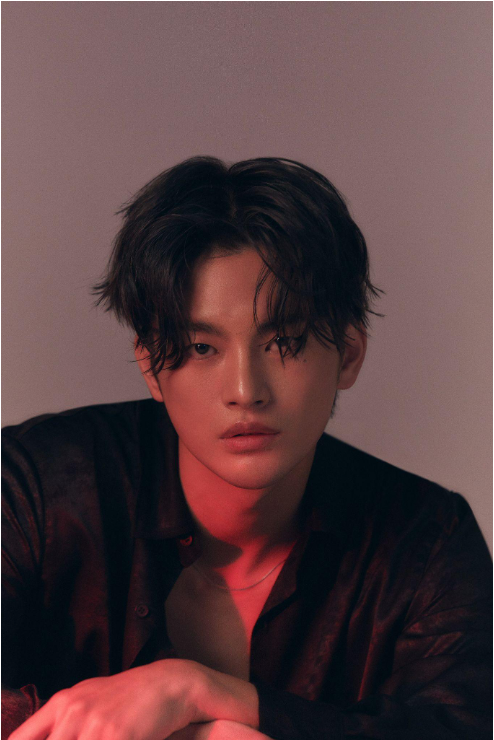 There’s been a lot of buzzes lately around singer and actor Seo In Guk, and we can see why. The South Korean superstar recently gave fans a treat with his newest album – LOVE&LOVE – his first solo release in five years!

The first song on the single album is My Love, a heartfelt R&B track that features singer-songwriter and rapper Ravi. The song evokes feelings of longing and caring deeply for another person. In Guk shared that he made the song to deliver a message of cheering up someone who’s going through a tough time. “I felt that with the track, I could deliver a small cheer up [even] in a sad way. [It’s my way of] trying to touch their hearts,” he said.

If anything, In Guk, has touched the hearts of countless Filipino fans. This includes local actress and singer Kristel Fulgar. She recently got the opportunity to have a one-on-one interview with In Guk, and even got to converse with him in Korean!

“I got to interview Seo In Guk, the person who got me into Korean culture and inspired me to learn hangul [the Korean alphabet]. This was an opportunity of a lifetime and I’m thankful to NYMA and Warner for this,” she said. Kristel even posted about the interview on social media. The interview was also recently launched on KrisTells Vlogs. (WATCH HERE: https://www.youtube.com/watch?v=ks9XKNxvA5k )

Other fans who wanted to know their idol more also had the chance to ask questions through Warner Music Philippines. Here are some of them, along with In Guk’s answers:

Tere: How are you feeling now that you’re back as a singer with a physical album and also a new drama? I waited for your new song! We can’t wait to hear you sing it live in a fan meet.

Maiker: Congratulations on your successful comeback. How are you feeling these days? Do you feel like writing more songs for a full-length album?

In Guk: I can’t wait to get the opportunity to release a full album. I’ve produced a lot of tracks for it, but because of the timing and all the [different] situations, I’m trying to see the best timing [for its release]. And yes, I would love to have a full album out.

Aili: Will you consider covering/singing a Tagalog song? And will there be a chance for you to have a fan meeting in the Philippines?

In Guk: I would love to try to cover a Tagalog song. And yes, I will try my best to get the opportunity to do a fan meeting in the Philippines as well.

In Guk’s plans for the future

If there’s one thing that In Guk clearly expressed, it’s how grateful he is for his fans. He even shared how he didn’t expect so many people to be waiting for his album release, and the realization makes him want to work harder. He also talked about not being able to choose between acting and singing, which means fans can expect him to be doing more of both!

As for whether or not he’s looking to visit the country any time soon, he has a hopeful answer for all his Filipino fans.

“I would love to have a fan meeting with the Filipino fans. And also, I would love to visit the Philippines and take a vacation over there,” he said.

For now, you can catch In Guk in his ongoing K-drama “Cafe Minamdang,” sing along to his album “LOVE&LOVE,” and wait in anticipation for his upcoming movie “Project Wolf Hunting.”

Fall in love with Seo In Guk’s newest songs by listening here!