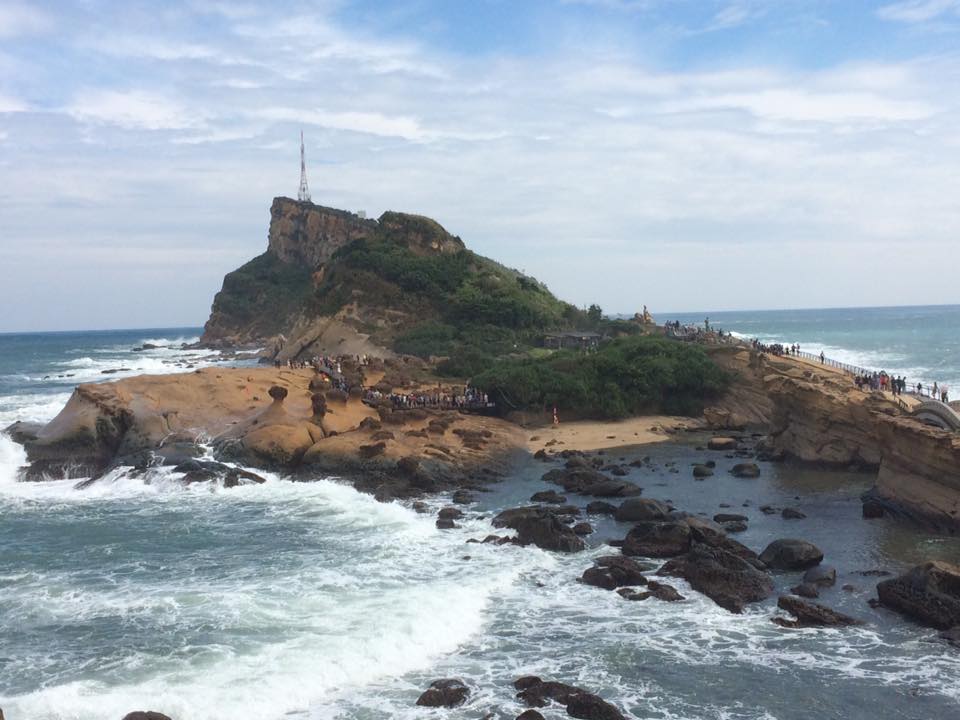 Traveling broadens our horizons and gives us more opportunities to enjoy and learn about the places we visit.

Yehliu Geopark is a park of natural wonders. Located in New Taipei City, Taiwan, it has full of sea water-eroded holes as well as numerous rocks that look so real in many shapes and forms!

Among other statues are named Fairy’s Shoe, Tofu Rock, Ice Cream Rock, Mushroom Rock, Candle Rock, and Ginger Rock. But the most famous one is the Queen’s Head. All these make this 1,700-meter-long cape a geology park with rich ecological resources and a prosperous fishing village.

At Heping Island Park, tourists can appreciate ocean views and world-class geo-scape. The Cliff at the island park is the vantage point where you can see and feel the sound of the waves. The sight brings total relaxation to the mind, body, and soul. You can take time exploring the scenic spot and feel its everyday charm. The island park is located right within the North Coast and Guanyinshan National Scenic Area.

Zhengbin Fishing Port, also known as “Nostalgia Pier,” gives a more laidback feel. It is located in the south of Heping Island. The Port is built by the Japanese in 1934, and it was the biggest fishing port in Taiwan during the Japanese era. Although it gradually diminished as years went by, its down-to-earth appearance endures. The city is actively seeking to preserve it as a place for relaxation and nostalgia. There has been a boat named “Folk Art” at the Port, considered the first art museum on the sea. Sports activities such as dragon boat races are also quite popular in the area.

The group had a sumptuous lunch at Agenna Aboriginal Culture Restaurant located in Zhongzheng District, Keelung City, Taiwan. The dishes served to us were a fusion of local and international cuisines. Indeed, it was a hearty and satisfying meal!

The last destination for the day was Jiufen, a well-known tourist spot in Taiwan. It’s a narrow street where you can shop for a lot of things from food to souvenirs. If you’re tight on a budget, it’s still alright to come here because there are a lot of stores offering some free food for tasting.

Jiufen is located on a hillside that faces the ocean and is surrounded on three sides by mountains, with its people still maintaining their original simple lifestyle. With the changing seasons, the scenery also varies greatly, presenting different aspects of Jiufen. In the past, the place was the dreamland of gold diggers; now it has become a sanctuary for many artists and tourists.

Being able to see and appreciate the beauty and history of these scenic spots makes every trip a learning experience.