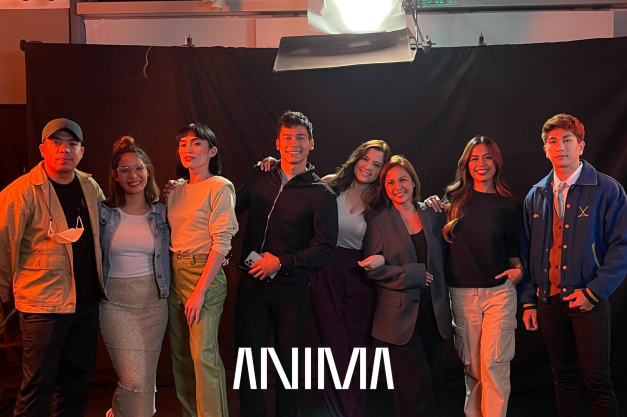 What if there’s an app that can cure a heartbreak?  Can you move on in an instant?

The movie revolves around an app developer (Alexa Ilacad as Adie) who helps a venture capitalist (Enchong Dee as Geo) get over his ex-girlfriend so she can get her funding. The result: two people trying to forget so they could move on, only to confront and accept the pain, and learn from the past.

“I like how “RESET U/I” is not your typical rom-com drama. ‘Yung story and journey noong dalawang characters ang ganda and how their characters develop as well. Just when I was reading it and not even thinking it was me or it was Enchong, talagang kinikilig ako sa mga lines,” said Ilacad.

True to ANIMA’s mission to highlight new voices, it looks forward to seeing Ilacad in her first solo-leading role alongside Dee, whose charm and wit had everyone at the storycon swooning.

The exciting storyline was written by ANIMA’s former Creative Producer, Benedict Mendoza, with Director JP Habac tapped to bring the idea to the big screen.

“To say that we are very excited for “RESET U/I” would be an understatement to express how ANIMA feels about JP Habac’s newest film with us because we’ve been developing RESET U/I since 2019,” said Kren Yap, ANIMA’s Head of Creative Development.

After working with Habac in “Gaya sa Pelikula,” ANIMA has set several more projects with the young and talented filmmaker.

For more exciting information about ANIMA and its film projects, visit https://anima.ph/.