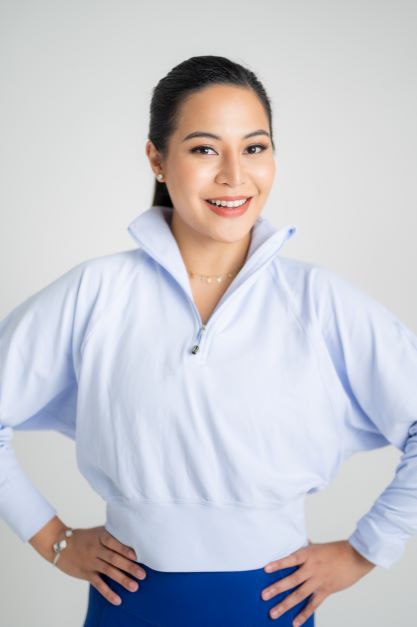 “Whatever I do in life, I always look at the consequences of my actions. Regardless of being a representative, a teacher, a lawyer, or anything, I always want to be a ripple of change,” shares Atty. Nograles.

“People are always telling me that I’m the girl with no rest,” said Atty. Margarita Ignacia “Migs” Nograles with a cheeky grin. Earlier that day, she took her House of Representatives Oath, officially making her a representative of the PBA Party-list in Congress on July 1. Between her oath-taking, Nograles was a busy bee. She began the morning with her usual fitness ritual (meditation and a daily run), before answering e-mails, attending meetings, managing associates at her law firm, and doing her duties as a public servant.

It doesn’t stop there. Nograles finished shooting a new episode of Paano ba Attorney?, a TV program where she gives free legal advice to anyone who needs it. On the weekends, she works as a law professor, preparing her students for The Bar through review classes. Atty. Migs is also continuing her Master’s Degree in law, after taking a few short courses at Harvard Kennedy School and passing her Arbitration Accreditation courses. Could she be bionic? Probably not—but she’s certainly a Superwoman. 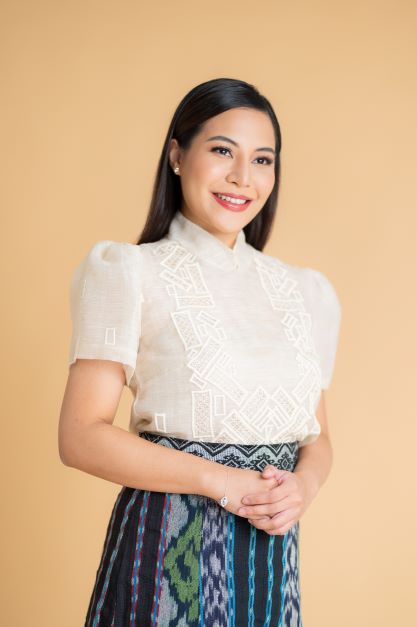 As a #LadyBoss who wears many hats, it’s very impressive to learn that Atty. Migs is only 31 years old. “[I love my job] because I get to help people,” she says with an ardent smile.

Her Davao-based firm NICAD (Nograles, Ilagan, Cayco, Aban, and Dabi Law) is committed to helping the general public find solutions in a cost-efficient and a highly-sustainable way. She and her partners participate in a lot of Pro bono work and free legal advice. “The practice of law is really to use your knowledge to help your client’s concern. We just had our anniversary on the first. We’ve already been operating for a year, and we’re still surviving. Even with free legal advice, we’re managing to stay afloat.” The firm is already looking to expand with an office in Manila sometime this year.

The Pro bono cases the firm accepts vary on different issues that each partner is passionate about. Atty. Migs, in particular, has a strong stance against domestic abuse, emotional abuse, and all forms of bullying. Not just for women and children, but men and the LGBTQI community, as well. “While growing up, I was a victim of bullying,” she says. “When I got older, I realized that a lot of friends had also been victims of violence. It is something very dear to me, and something I want to protect now.” While she was in office, Nograles had to take a small step back. She had to take a leave from the firm but still makes an effort to oversee her associates daily.

Although she can’t physically appear in courtrooms at the moment, Nograles continues to use her skills through different avenues. For instance, in her show Paano ba Attorney? offers free legal advice to their viewers. Originally conceived as a short Facebook Live show during the pandemic, it has grown in popularity. The fourth season (which is currently in production) will be broadcasted on local television.

Nograles shares that their team receives 300 to 400 videos/messages a day from people seeking out her expertise. “It keeps me on my toes,” she shares. “It keeps me updated with the newest laws, and makes me feel fulfilled being able to answer questions on the spot. Also, [it’s great] to be able to help people with [nothing in return] but a simple thank you.”

It runs in the blood

You can say that public service runs through Atty. Migs’ blood. Her father is late Speaker Prospero C. Nograles, and her brothers, Karlo and Jericho, both hold positions in government. Watching them do their work (particularly their role in giving free education to thousands of youths), inspired her to be in politics.

Just a few months shy of her 32nd birthday, she will be entering the House of Representatives as a newly minted congresswoman, under the PBA Partylist. Even without having officially begun, the passionate attorney is already working on bills she is eager to pass. “What I plan to submit as a bill is the Domestic Abuse Law Bill. I’m working on it already. Another one is the expansion of the Solo Parents Act. In the law, solo parents don’t have additional support for education, which they need,” she states with assured vigor. 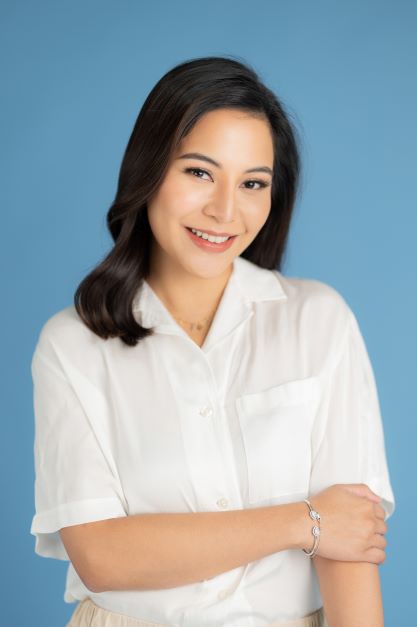 As a former athlete, Nograles also wants to ensure that homegrown talents are given proper funding. She is advocating for sports legislation, sports protection, and grass-root support for local athletes.

Through the Party List, she hopes that she can establish standard and retirement benefits for emerging sportspersons. Her family’s work through the Nograles Scholars Program (which supported youths and athletes) truly inspired the young woman to help emerging Filipino talents.

She remembers boxer Nesthly Petecio (an Olympic Silver medalist) as one of the athletes they helped through the program. “Just look at her now,” she says with a proud smile. “Athletes should focus on training and shouldn’t worry about [the resources to do it]. Small issues like this are what I want to push in terms of legislation.”

While Migs Nograles is just beginning her career as a congresswoman, she has already done so much to help those around her. Her desire to build a better Philippines reflects on her already flourishing career. It’s exciting to be in the audience and see the climb of this political superstar. “When I was a part of the Ateneo Student Leaders Assembly, they taught us to be a ripple of change,” she remembers. “Whatever I do in life, I always look at the consequences of my actions. Regardless of being a representative, a teacher, a lawyer, or anything, I always want to be a ripple of change.”

With such passion in her voice, it’s easy to believe her. However, to reach real “change,” one is afforded very little rest. Luckily for us, Nograles never does.