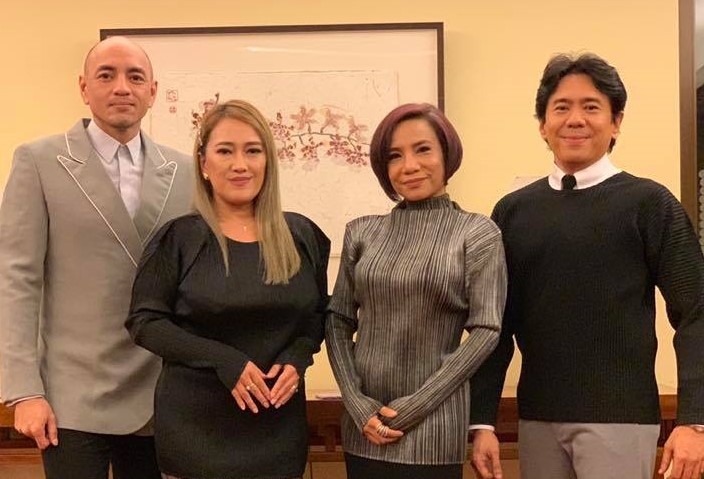 They are known for their exquisite vocal harmony, the very essence of their music. And their avant-garde fashion statements. The CompanY, Asia’s premiere vocal group, is a visual and aural treat for the young and the young once.

If you have noticed, the Y in their name is a capital letter for visual identity. “We type it differently so that it doesn’t come out as too generic,” said Moy Ortiz, the leader of the group.

Organized in July 1985, the group started as a backup vocal group to such first-rate artists as Gary Valenciano, Kuh Ledesma, Zsa-Zsa Padilla, Martin Nieversa, Louie Reyes, and Celeste Legaspi. Their popularity snowballed when “Everlasting Love,” a cut from their debut album ‘Yon Na!’ became the most requested song in the early ‘90s.

Initially, when “Everlasting Love” was released people thought it was a foreign song. Later on, they found out that it was sung by a Filipino group.

“It was just the right timing that we got a recording deal,” disclosed Moy. “Personality-wise we were more comfortable with ourselves. We knew how far we could go. We didn’t know that we would take a hit in pop.”

In terms of visual packaging, The CompanY is more experimental. Their target market includes the yuppies, young executives, and professionals.

“We are entertainers we have to be visually appealing and interesting onstage. So you have to capture the attention of your audience. We had the guts to experiment with our looks, hair, clothes, and shoes,” shared Moy.

This group has been a company of friends ever since their Ateneo College Glee Club days, where they acquired extensive and rigorous training in voice and traditional choral works. When The CompanY made their crossover to professional singing, they applied the discipline and accuracy demanded by the classical school into the world of pop music.

Starting with 12 members, the group eventually stabilized at six. Now, they are down to a 4-member group. The CompanY is not an overnight success.

After many years in the entertainment industry, they remain active and continue to share their music with the world.