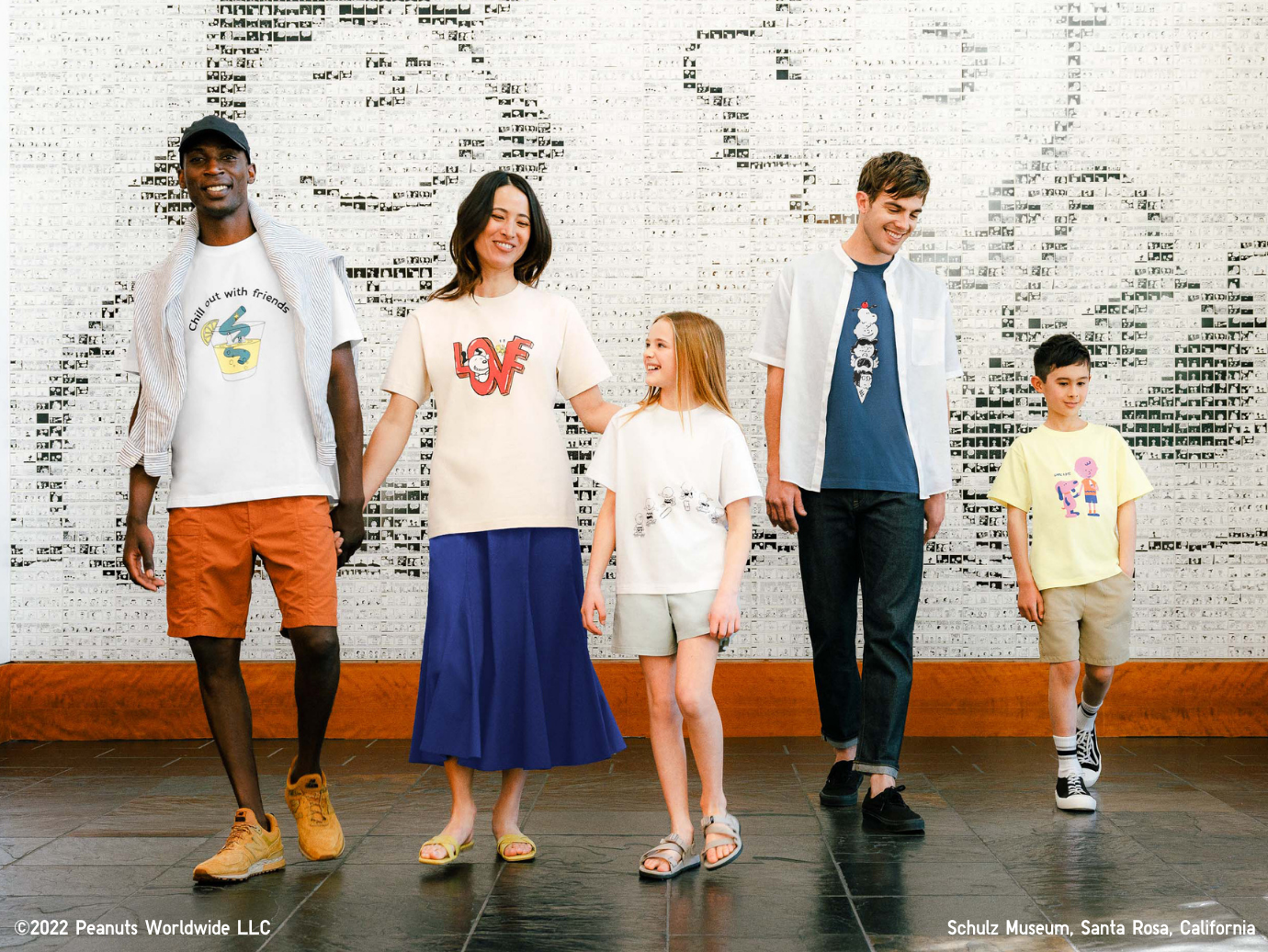 Global apparel retailer UNIQLO today announces that it will launch a UT Collection on Friday, May 27 that features 11 winning entries from UT GRAND PRIX 2022, a global T-shirt design competition run by UNIQLO since 2005. The theme of the latest contest was Peanuts, celebrating the 100th anniversary of the birth of creator Charles M. Schulz. This collection showcase takes on his lovable characters from artists around the world.

Members of the distinguished panel of judges for the contest included representatives from the Charles M. Schulz Museum and the Charles M. Schulz Creative Associates team, as well as a tennis star and UNIQLO Global Brand Ambassador Roger Federer. The panel selected 11 works out of approximately 14,000 entries from around the world. Prize-winning entries were labors of love, including one blending Snoopy into the border design from the comic strip and another in which characters appear as part of an ice cream cone.

“I took a minimalist approach to present Snoopy, which is why I used border lines to present him. Peanuts has been ubiquitous since I was a child, and Snoopy’s silhouette has been part and parcel of my life. When I was very young, I wore UTs a lot, so in doing this art I tried to return the favor for all the enjoyment these items have given me. I look forward to seeing people everywhere wearing UTs that I designed.”

An award ceremony was held on April 13 at the Snoopy Museum Tokyo in Machida, Tokyo, the world’s only official satellite of the Charles M. Schulz Museum in Santa Rosa, California. Jean Schulz, Mr. Shulz’s widow, and jury member delivered congratulatory comments live from Charles M. Schulz Creative Associates in California (located across from the Schulz Museum), while Roger Federer provided a video message. Snoopy and friends presented the prizes.

Interviews with diverse UT collaborators and an array of backstories explore T-shirt design and culture and the joy that these items bring to everyday life. The cover of this sixth issue of the magazine features tennis star Roger Federer, a member of the panel of judges for UT GRAND PRIX 2022.

The characters of Peanuts and related intellectual property are owned by Peanuts Worldwide, which is 41% owned by WildBrain Ltd., 39% owned by Sony Music Entertainment (Japan) Inc., and 20% owned by the family of Charles M. Schulz, who first introduced the world to Peanuts in 1950 when the comic strip debuted in seven newspapers.

Since then, Charlie Brown, Snoopy, and the rest of the Peanuts Gang have made an indelible mark on popular culture. In addition to enjoying beloved Peanuts shows and specials on Apple TV+, fans of all ages celebrate the Peanuts brand worldwide through thousands of consumer products, as well as amusement park attractions, cultural events, social media, and comic strips available in all formats, from traditional to digital.

In 2018, Peanuts partnered with NASA on a multi-year Space Act Agreement designed to inspire a passion for space exploration and STEM among the next generation of students.

About the UT Grand Prix

UNIQLO has conducted its UT GRAND PRIX design competition since 2005 to foster creativity and talent around the world. The contest is open to anyone, regardless of age, gender, or nationality. Previous contest themes have included Marvel, Nintendo, and Pokémon, and have attracted numerous entries, with winning designs being sold around the globe.