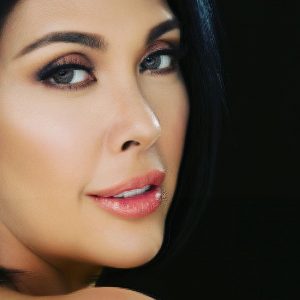 A woman of strength, style, and substance, Concert Queen Pops Fernandez finds greater joy in being on her own, doing the things she loves. “I have to keep moving and believing in the future, not just for myself but for my children,” she shares.

Life does go on for Concert Queen Pops Fernandez. She has become her own person and finds greater joy in being on her own, in experiencing her own successes.

She is busy as a bee – co-hosting with former husband Concert King Martin Nievera for “eXes&whys” over Cignal TV (channel 60 SD or 202 HD);  maintaining her own YouTube Channel with 119k subscribers to date and is even active in social media (FB and IG).

At 55, Pops is looking great. She takes care of her overall well-being. She keeps the faith as evidence of her positive outlook in life.

Pops considers being a single parent as difficult but she’s coping beautifully for the sake of her children – Robin and Ram.

“I have a life to live for my children,” she said from a previous interview. “I’m still their mother; what happened hasn’t changed that, and I must work for their future and make their lives as happy as I possibly could. I have to keep moving and believing in the future, not just for myself but for my children.”

She gives all the love and attention she could give to her two boys. “Ram and Robin are both loquacious and active,” she said. “But their attitudes are very different. When you talk to one, it should be different from the way you talk to the other because they’re two different personalities. But they love being together.”

She said being honest with them is the best way to cope with whatever they’re going through at present. “Sometimes parents think that because children are young, they don’t understand. I think it’s the other way around. They are smarter than we perceived them to be and they are more adaptive to change than older people,” she explained.

Of course, despite everything, it couldn’t be denied that Martin is still the father of her children. The boys see their dad whenever he’s free, and even go on trips with them just like one happy, modern family. Martin and Pops, whose marriage was annulled in 2000, have remained friends.

Pops added: “I don’t know how I could have made it without my friends and my faith in God. It’s true what they say about how a crisis has to hit you first before you feel God’s presence. Of course, there are times when you can’t help but ask God why this had to happen ‘coz sometimes you just feel like crying. But the good thing about God is that He has the answers to all the questions. I believe that there’s a reason for everything happening in my life.”

Pops said she was very idealistic when she was younger. To be a single parent was farthest from her mind.

“When my parents separated, I told myself, “When I get married, I won’t let this happen to my kids.’ I had plans. I said, ‘I won’t do this, I won’t do that. I’ll be the best wife and mother I can be, then everything will be alright.”

She further explained: “But sometimes you just can’t help it. Things happen. Problems crop up. You try to fix them, but you can’t. You just learn to take things one day at a time and realized that each marriage and each situation is unique and that one rule doesn’t apply to all.”

What she always wanted was to have a complete family. “Just seeing my family happy is enough,” she said, “especially, my children.” But then, things don’t usually happen the way you want them.

For her, life can be a struggle and at the same time exciting. And there are always lessons learned after the pains, after the struggle. She had dried her tears and is going about the business of living as best as she can.

28 Replies to “Pops Fernandez: Enjoying her own successes”