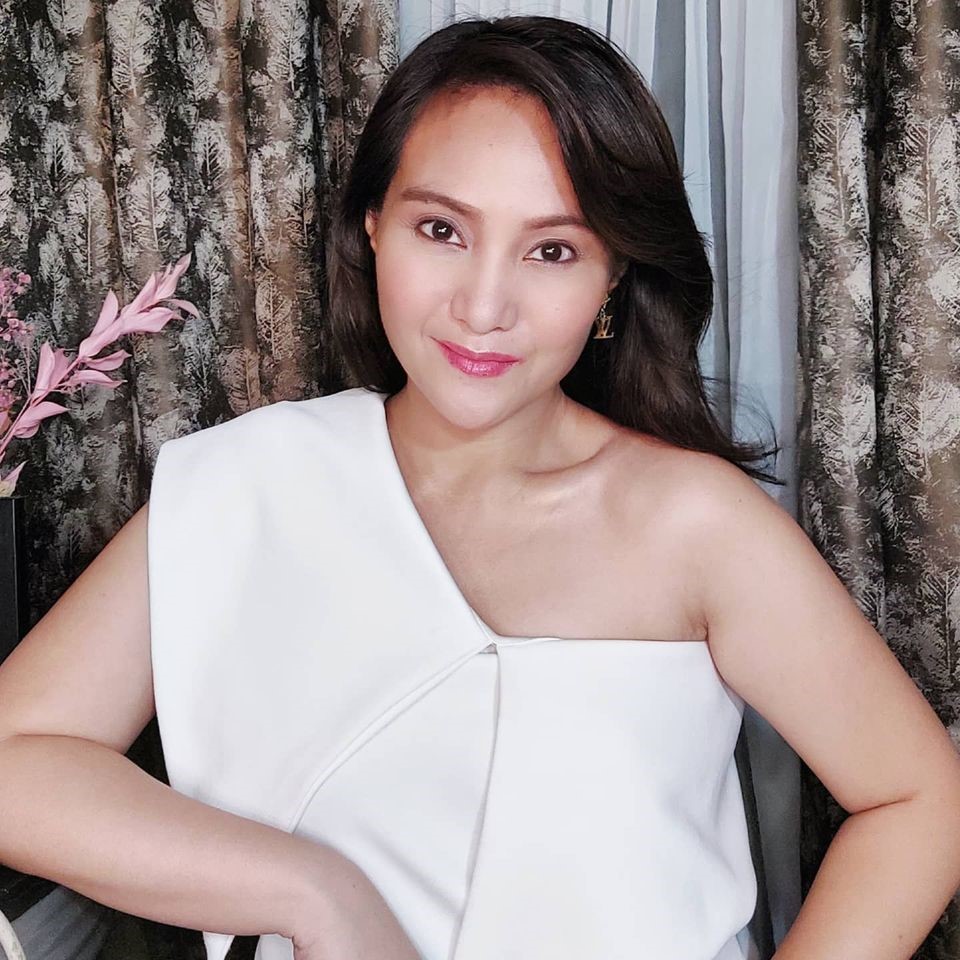 As a young kontrabida actress during her heyday, Gladys Reyes played many villain roles in movies and television. But she didn’t mind playing villainess in the past.

“I enjoy portraying villain roles because I get to experiment on my character,” related Gladys from a previous interview. “As the kontrabida, I see to it that I attack my roles in different ways, so the moviegoers will not get tired of my acting.” She’s known for her role as “Clara” the lead villainess from the Kapamilya’s popular TV series Mara Clara (in the 90s).

But is she a real kontrabida in real life?

“I know my right as an individual. I know that I’m not stepping on anybody’s toes. But when I’m not treated fairly and I have to fight for my right, that’s the time I become bitchy,” she uttered.

Gladys is indeed, blooming these days. She’s blessed with wonderful family life. She’s happily married to a long-time boyfriend and now husband Christopher Roxas. Both of them are Iglesia Ni Kristo devotees.

Gladys believes her feeling for Christopher (Christopher Sommereux in real life) is true love, which she defines as accepting one’s good and bad traits. “You know no matter what he does, I won’t be turned off, because you love that person,” she said.

She says for a relationship to endure, there should be a give and take and open communication. “Even in the Bible, it’s stated that you should respect the rights of a man in a relationship,” she shared.

What about Christopher’s feelings toward her? Gladys replied that he dislikes her tendency to nag. “But I’m not a nagger. I’m just a fast talker,” enthused the 44-year-old Kapuso actress, who appears in Pepito Manaloto Ang Unang Kuwento. She’s a doting mom to her four beautiful children – Christophe, Aquisha, Grant, and Gavin.

Off-cam, Gladys is a hands-on mompreneur managing their business called That’s EntertainMeat (frozen meat goods), which is open for distributors and resellers. She also manages their sommereux catering with her husband Christopher.

Gladys is an alumna of New Era University, where she earned her bachelor’s degree in Mass Communications.

Not all people know that Gladys has a fetish for a mosquito net. “Every taping, I always bring my mosquito net, the size of which is just right for my feet,” she related from a past interview. “Since I was a kid I couldn’t sleep without it. Then I rub my foot there and I fall asleep right away. ”

Another interesting fact about Gladys is that she always wears pajamas when she’s at home. “Because even when my mommy was still a teenager, she was like that,” she said.

She maintains her flawless complexion by applying calamansi to her lower body every day before taking a bath. “I only consume five pieces of calamansi, so that my skin will not get dry,” she said. “You should apply it to your elbows, neck, knees, and areas that sweat quickly.”

Gladys’s early exposure in show business was at the age of seven when she won the Little Miss Philippines title in 1984.

What matters most to her now is her family, career, business, and the never-failing affection she gets from her loving hubby Christopher.