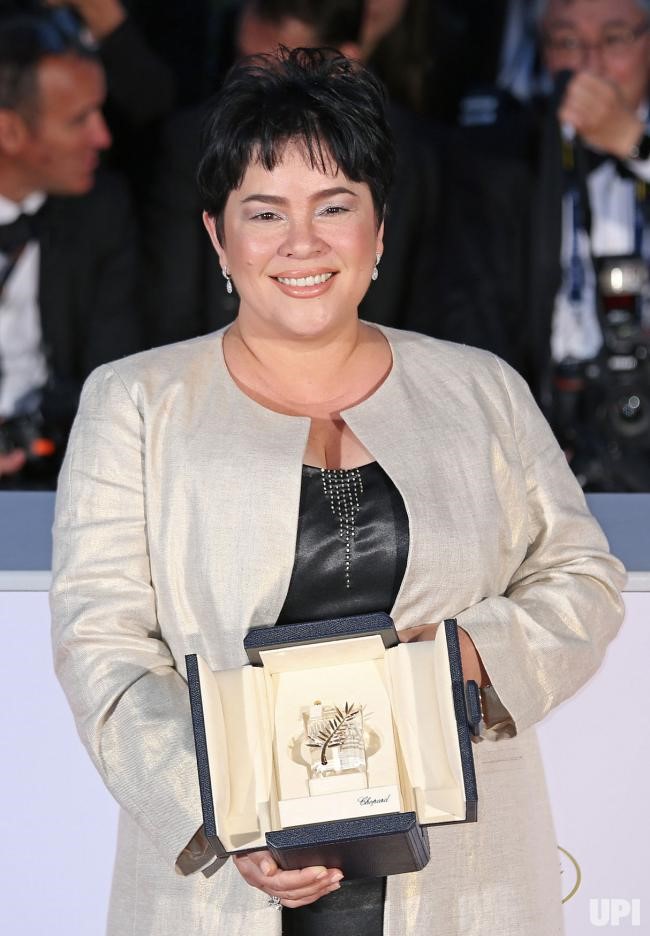 Motherhood and career are in a merry mix in Jaclyn’s life.

Jaclyn’s Jose is, no doubt, one of today’s finest actresses. The stature, she said, has been a product of two things: the opportunity to play challenging roles and the chance to be handled by the finest directors.

“I am reaping the fruits of my labor. I love my job, it’s so fulfilling and I like the people I work with,” related the international award-winning actress. “First things first, I prepare for my look. I want as a simple look as possible. I always play safe by being consistently simple. Then, I work on attacking my role.”

“I’m lucky all good roles are coming my way. Even mother roles,” she replied. She played a mother in fact in the TV drama series The World Between Us (shown at GMA-7, with Alden Richards in the title role). “It was a good project for me,” she said.

Jaclyn’s show business career started in 1984. Her early movies with Lino Brocka, Private Show, and Macho Dancer remain her favorites to this day.  “I will not be what I am today if not for Lino,” she said. “Through the years I have become more intense. I believe good acting comes from within.”

She continued: “I’ve learned a lot from Lino. He was an actors’ director. Among other things, he coached me to correct my eyebrow movement. Now I have no problem with that anymore. I’ve also learned a lot from Ishmael Bernal and Chito Rono. They’re so powerful.”

Jaclyn said that today’s directors, on the other hand, have incorporated new directing formula. “They have new things to offer. Laurenti Dyogi, for instance, is a very promising director. ”

Besides finding great satisfaction in her job, she finds fulfillment in her daughter, Andy, and now, granddaughter, Ellie. Andy is her love child with a former live-in partner, the late actor Mark Gil.

“To me, being happy is to focus my attention on Andy. I believe I’ve scored pretty high as far as motherhood is concerned,” she smiled. “I believe I’m a very good mom.”

After her separation from the late actor-partner, Jaclyn was left with nobody but Andy.  “I would much rather sacrifice my personal life than create problems for Andy.”

She has no regrets that she opted to become a single parent rather than get involved in another relationship. “I’m enjoying it. It’s my choice. I’m doing fine. I work a lot and when I’m not working I take care of Andy. I don’t even have a boyfriend. I have lots of male friends, but you can’t kiss your male friends, right?” she said with a laugh. “But I had my time. When you have your child you don’t own your life anymore.”

Jaclyn has a very simple lifestyle. When she’s at home, she watches TV shows. “My relaxation is drinking one or two beers and watching good movies. Those are enough to make my day.”

Jaclyn entertains plans of directing someday. “I already have ideas on my mind. But I know that I couldn’t apply them right away. I’ll give myself at least five to eight years before I finally decide to direct,” she concluded.

Featured photo: Jaclyn Jose received her Best Actress prize for the film “Ma’Rosa” during the 69th annual Cannes International Film Festival in Cannes, France, on May 22, 2016. Photo by David Silpa/UPI

4 Replies to “Jaclyn Jose: “Good acting comes from within.””