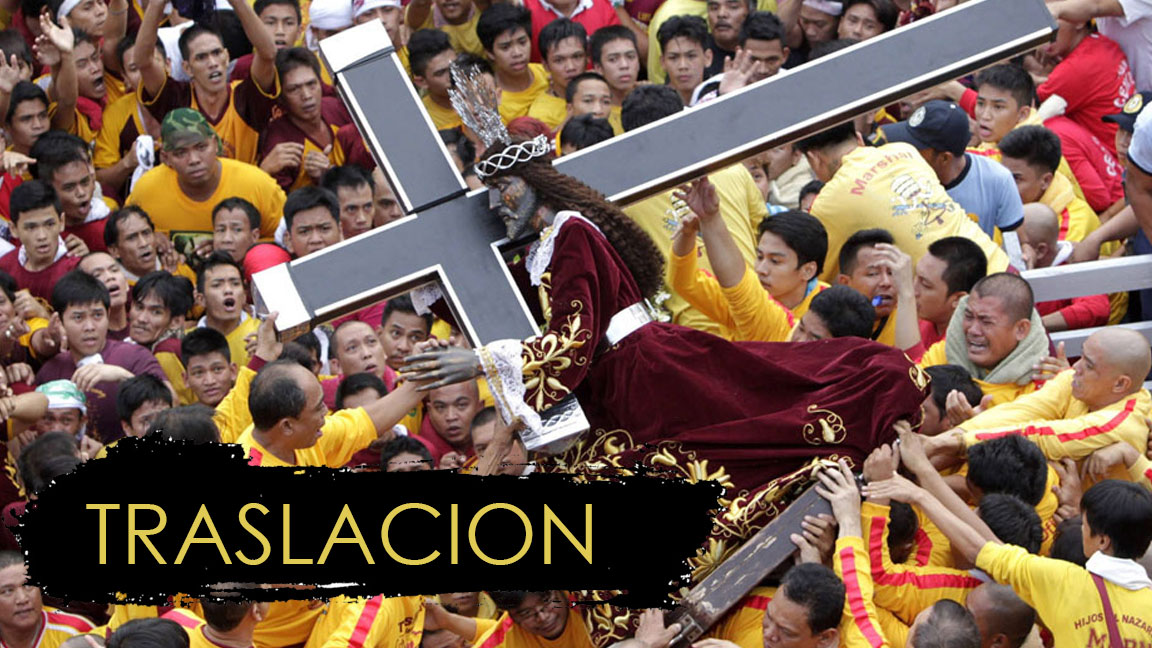 On the ninth day of January, during the Feast of the Black Nazarene, the wooden statue is carried through the streets followed by thousands of devotees. Up to this day, Quiapo remains a monument to the fortitude of the Filipino spirit.

Visiting Quiapo is not everyone’s idea of relishing a sunshiny afternoon. The crowd, especially during religious festivals, can be intimidating because of its size. The mayhem of jeepneys, buses and bustling crowds is intractable. For the adventurous, however, Quiapo offers a fascinating microcosm of the Philippines – a place where Christians and Muslims, psychics and soothsayers co-exist, sometimes not too harmoniously.

The name Quiapo is derived from a water lily locally called “Kiapo” which grew abundantly in the canals and marshes. It is different from the water lily that we see nowadays floating in the Pasig River.

Founded in 1586 by Spanish Governor-General Santiago de Vera, Quiapo’s crowded streets throb with life. Commerce is the district’s lifeblood. Shoppers weave through the narrow streets, stopping to compare prices and search for the best bargains. Harried commuters race for the jeepneys that ply Quezon Boulevard, the district’s main artery. Through it all, voices chatter in a cacophony of languages – English, Filipino, Chinese and the regional languages such as Ilocano, Cebuano, Visaya, and Maguindanao.

The best place to begin a tour is at the Plaza Miranda Square in front of the Quiapo Church. The Hispanic style church looks centuries old, but the current structure dates only to 1939. It stands as a monument to the fortitude of the Filipino spirit. Spanish missionaries established the first church on the site in the 16th century. Fire, however, destroyed the bamboo and nipa building in 1639. A new church was built but it was heavily damaged by an earthquake in 1863. Reconstruction was completed in 1899 but the fire destroyed it again in October 1929. In 1930, the reconstruction of the church was made and entrusted the design of an entirely new church with two belfries and a magnificent dome to Architect Juan Nakpil.  This is the church we see today except for some improvements.

Devotion to the Black Nazarene

The church is the focal point of activity in Quiapo. Throughout the day, Filipino Catholics come and go, attending the frequent Masses, offering private prayers or paying homage to the Black Nazarene, one of the Philippines’ most venerated statues of Jesus.

The life-size image of Christ clad in a maroon-colored robe, with a crown of thorns and a diadem in the form of three silver rays, bearing a big wooden cross, is in a semi-kneeling position, indicating His struggle to stand up with a heavy load after a fall. His face, eyes, and mouth manifest the writhing pain He suffers and portrays a calling for someone to help Him carry the heavy cross. The dynamic appearance of the image inspires countless people to develop devotion to this image.

There is no definite account as to the origin of the statue of Christ bearing the ignominious cross, popularly known as Nuestro Padre Jesus Nazareno, which in English means Our Father Jesus The Nazarene. The statue is attributed to the work of a Mexican artist (name unknown) who painted the image of Christ in dark brownish-molato color, similar to the color of his own skin. Later the image was called Black Nazarene because when it arrived in the country in the 16th century through the Spanish missionaries the color turned darker.

On the ninth day of January, during the Feast of the Black Nazarene, the wooden statue is carried through the streets followed by thousands of devotees.

Many people believe that simply touching the statue can cure illness or improve one’s life. Crowds are often so dense that they press against the walls of buildings, and occasionally there are people crushed to death in the stampede. Devotees usually go on foot with their towels slung across their shoulders.

The image is removed from the church only every New Year, January 9 (Fiesta Day); Domingo de Lazaro (one week before the Good Friday); and Good Friday.

For the rest of the year, the Black Nazarene lies in quiet repose in a glass enclosure near the front door of the cavernous church. Worshippers file by, making the sign of the Cross and touching the coffin’s glass as if paying their respect to the dead.