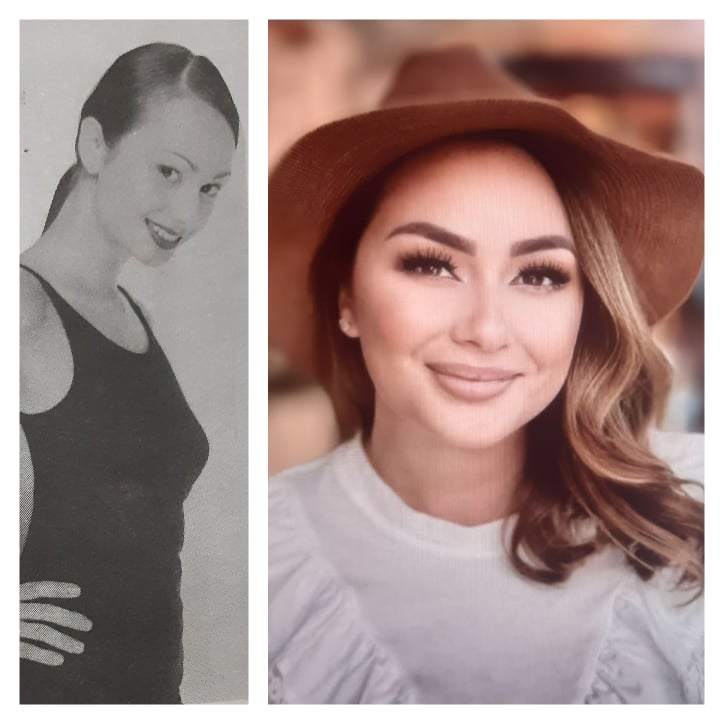 Donita Rose, one pretty face who graced local cinema has conquered a new ground, where she can showcase her other expertise as a chef at a Filipino supermarket chain in the US. She left show business in 2020.

The Filipino-American actress, TV host, and former MTV Asia VJ has announced on her Instagram account a few months ago that she’s the new Corporate Research and Development Chef of Island Pacific, which has multiple stores in California and Nevada. Island Pacific is owned by Nino Lim, husband of former actress Krista Ranillo.

She shared on her Instagram: “Many of my closest friends have said that I look much happier these days. I attribute much of it to a job I’m passionate about, financial peace, being closer to loved ones, supportive friends and not to mention, the most amazing fans who shower me with never-ending words of encouragement (many visiting me from all over California to support @chirp.n.oink).”

Her plans of going back to the US since the late 1990s had finally come true.  “Maybe someday, I’ll be able to go back to the US, not really to become a big star because a lot of people say that getting the break in that country is difficult,” she shared from a previous interview.

Donita Rose Cavett in real life was previously married to Eric Villarama (2003), got separated in 2016. They have a son named Joshua Paul. Her American father is from Oklahoma and her Filipina mom is from Pangasinan.

Donita related from a previous interview that she was chosen as MTV VJ after passing with flying colors the station’s rigorous audition. Particularly, she was chosen because of her good command of English and her easy-to-get-along-with personality.

To be a VJ she said, love for music must be innate in you. Donita of course is a follower of hip hop, R & B, and fast music. “It wasn’t given to me in a silver platter. I auditioned several times. I just trust in the Lord. I’ve been praying for this job. I think it’s a confirmation that God wants this job for me,” she said from an earlier interview with this writer.

While she was in Singapore and enjoying a career-high, Donita was listed as the 12th “Most Gorgeous” woman by Singapore entertainment magazine, ETC., FHM listed her as well as number seven among “Asia’s Sexiest Women.”

She also did her first international film titled Legacy. In the movie, she was paired with actor-singer David Hasselhoff.

Donita shared that she had a happy childhood since her family is family-oriented. “We are a close-knit family. My family and my other relatives would meet every day for a little get-together in our backyard,” she recalled. “It was really fun.”

When she was younger, Donita wanted to become a marine biologist. That didn’t materialize of course. “So I just took up scuba diving. I dive every now and then, but that’s basically about it,” she said.

Donita is the eldest in a brood of four. She was born in America where she lived for five years. Then her family moved to Subic, Zambales, and eventually to Manila when Mount Pinatubo erupted in 1991.

An inclination for acting

Donita was encouraged by her mom Adelina Ramos Cavett to enter showbiz. The inclination to act came from her mom who is a singer-dance instructor, and who directs stage play for children. Donita used to appear in stage plays when she was a kid.

She was discovered by the late master showman German Moreno when she went to watch GMA 7’s former shows Lunch Date and That’s Entertainment. Then only 17, Donita was asked by German if she wanted to join the show. And the rest is history.

Donita on-screen is the same off-screen. “I’m a very predictable person. I don’t have major mood swings. And I’m a woman of substance,” she quipped.

A Christian herself, Donita makes it a point to read the Bible every day. “I’ve been raised a Christian all my life,” she pointed out. “Now, I have developed a more personal relationship with the Lord. I talk to Him every day. I feel that He is so near to me.”

Above all else, she experiences a greater sense of security. “I know that one day I’ll go to Heaven. And He is there waiting for me. What I like about my life now is that I don’t have to worry about yesterday, today, and tomorrow. I’m very much secured,” she disclosed.

Donita believes that perseverance has its own virtue. There are certain blessings that come from God. And she’s happy and proud of what she has achieved for herself.