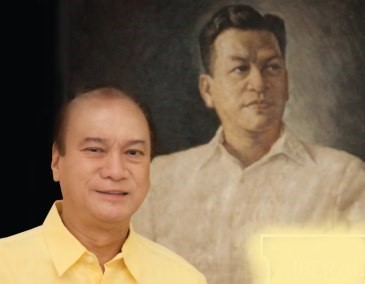 The late President Magsaysay’s commitment to the Filipinos didn’t die with him. With Jun Magsaysay, he left behind a son to carry on the legacy.

Former Senator Ramon Banzon Magsaysay, Jr., is a self-made businessman, hardworking, God-fearing, compassionate, and, in every way, the son of the late Philippine President Ramon del Fiero Magsaysay and Luz Banzon-Magsaysay. He is the man of the masses and for the masses.

He was born in Manila in 1938. His father’s rise to the presidency taught Jun and his two sisters, Milagros and Teresita, the virtues of integrity and honesty and to have a strong passion for the welfare of the common man. Inside Malacanang, the Magsaysay’s lived humbly, untouched by selfish ambitions and unmarred by the lust for power.

With President Magsaysay’s sudden death in 1957, the 19-year-old Jun inherited greater responsibilities that enabled him to recognize the value of perseverance and hard work. He had to step out of his father’s protective shadow and assume the role of man of the house.

He spent most of his academic years at the De La Salle College, where he earned a degree in mechanical engineering. He pursued his academic studies at the Harvard School of Business Administration in Boston, Massachusetts, and in New York’s University Graduate School of Business Administration. He returned to the country armed with skills and knowledge that would later become a powerful tool in shaping and developing a major industry in the country.

During his years in the Senate, he worked for laws to improve the living conditions of the majority of the Filipino people. His programs and policies for the development of cooperatives and small enterprises are geared toward encouraging ordinary Filipinos to make use of their individual capabilities as they strive to attain their socio-economic goals.

Indeed, the late President Magsaysay’s commitment to the Filipinos didn’t die with him. With Jun Magsaysay, he left behind a son to carry on the legacy.

I asked him during a past interview: Is the state of Philippine politics maturing?

“I think so. The birth of people power in our country, which we shared with other nations everywhere, saw the emancipation of our country from politics of patronage to a system of governance where the voice of the people is no longer ignored. My mission is to further accelerate the country’s economic development and ensure that the masses of the people shall be the principal beneficiaries of growth,” shared the former senator, now 83 years old.