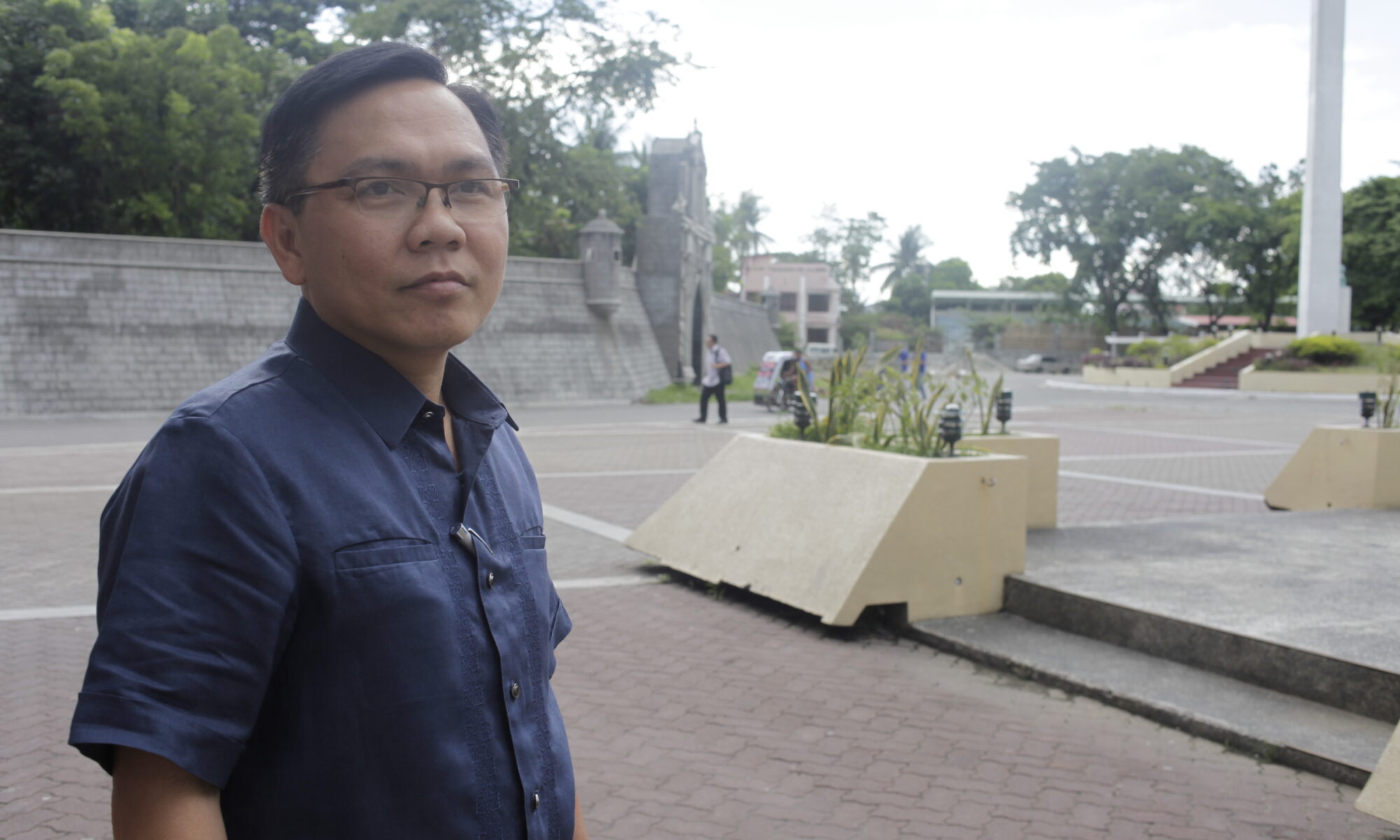 He’s been known as a brilliant man – doing well in philosophical writings and teaching. Not resting on his laurels, he further studied The Research Process at the University of Manchester.

This is one subject that is very “personal” to me. He is not only a friend but someone whom I respect and look up to. Our solid connection perhaps is becoming both a product of a college campus paper called The Catalyst, the official student publications of the Polytechnic University of the Philippines (PUP).

Up to this day, I treasure a copy of The Catalyst Journal of Ideas, wherein he analyzed the subject of “The Writer and His Conscience.” Says he: “Every thinker or writer must take a distinctively principled and firm position whenever he writes and/or theorizes his craft or his literature.”

I’ve known him to be a brilliant man – doing well in philosophical writings and teaching. Not resting on his laurels, he further studied The Research Process at the University of Manchester. When he decided to run for the presidency of PUP, I was delighted and prayed for his victory.

After the late Doc Prudente, this is my second time to be featuring another (former) president of PUP, Dr. Emmanuel C. De Guzman, or Doc Dekong to his friends and associates.  It is my honor to be sharing this piece with all the readers of Ruby’s Precious Moments:

What was your profession before becoming the president of PUP?

I was taken in by the Department of Sociology right after graduation. So I started teaching right away in 1991 but I had other jobs like writing scripts for television for Business and Leisure in Sunshine TV. I also worked as an NGO writer. That’s basically my thing – writing and teaching.

How did you cope up with the changes since 1991?

It’s not entirely different because I’ve been working in the same environment in PUP but the lifestyle has already changed since I wouldn’t go out of the house without bodyguards. You know being the president, I have to go out with security.

Do you have a militant student population?

Yes, the school is known for that. In fact, when I was a student, I took part in activism in PUP but not the more radical type.

What are the obstacles or challenges that you encounter now that you are the new president of PUP?

Working with my bosses as president. Formerly, I was the Director of Research in the university and now I have to adjust to the way I address them and the way that they address me. The challenge actually is to coordinate the university to follow my league towards my vision for the university.

What kind of lifestyle does the university president live?

Actually, I’m a sports fan. I’m not good at sports but I love watching and collecting data and following some teams in basketball. But I do play table tennis and basketball as well. 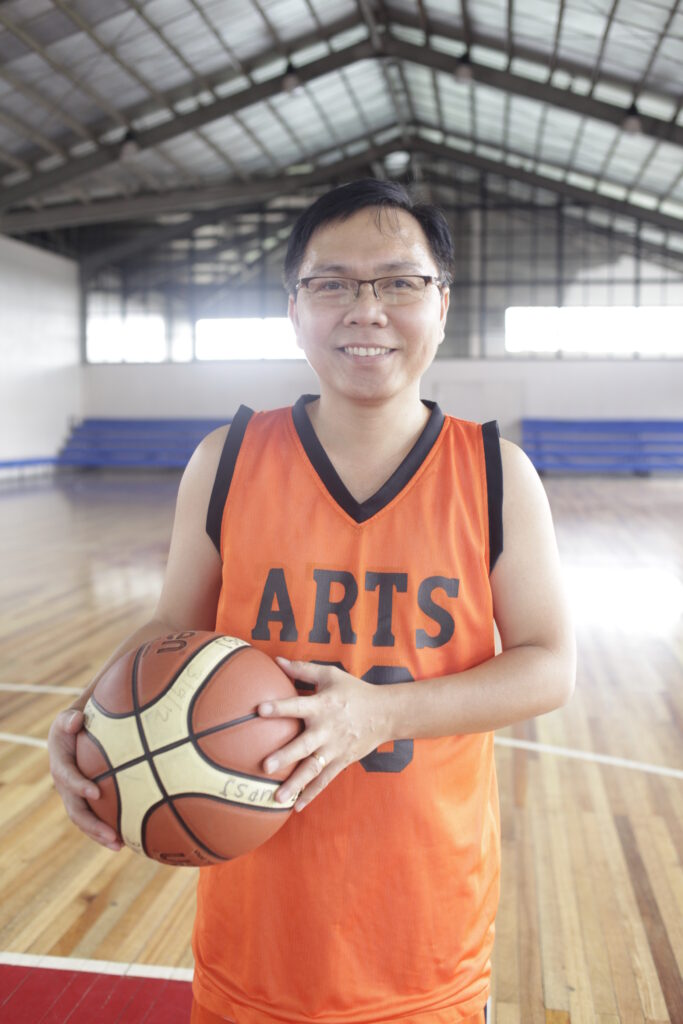 Among the PBA teams, which one is your favorite?

The team of James Yap, BMEG, I only watch PBA nowadays when it is already the championship.

What is your daily schedule?

Basically, I’m preparing myself for work, traveling to school with my bodyguards, the convoy of vehicles. They have to be with me 24/7 even when I go out in the mall with my family.

Do the students asking for lower tuition fee rates have something to do with the need for security?

We cannot anymore lower the tuition fee rates because they are already too low. It is already Php12.00 per unit. No, there had been incidents in PUP that already took the lives of some officials like the ambush of the Vice President for Administration, and even before that, there were other incidents that every time the leadership changes, some of these things happened and I think that it is not only in PUP where these forms of violence happened but in other state universities as well. 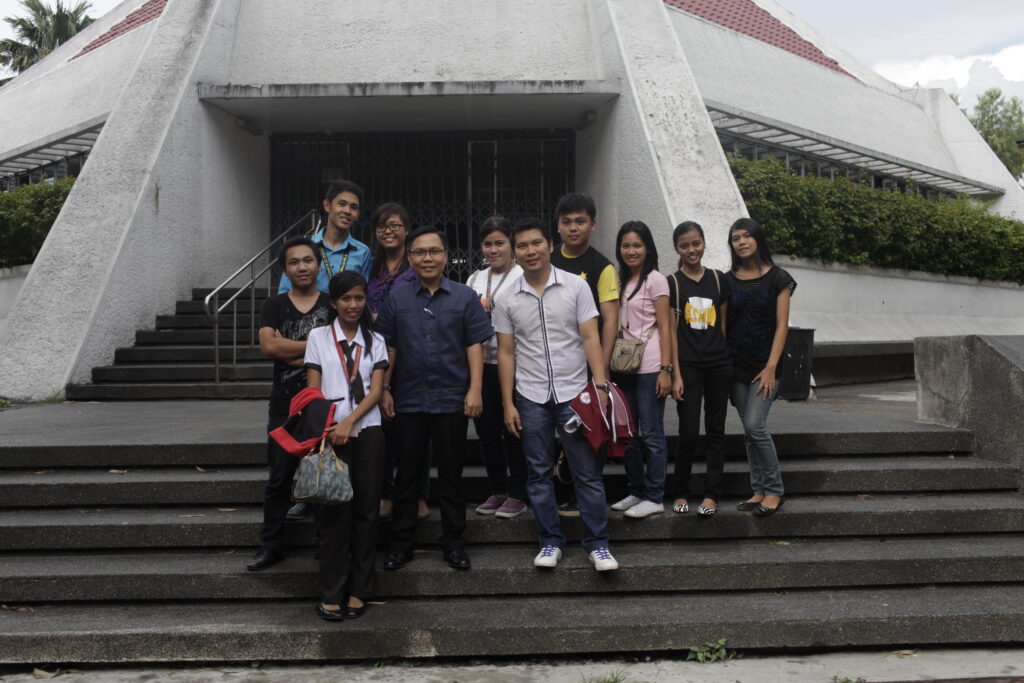 How do you balance time for family, friends, and social activities outside your job?

It is very difficult to balance my time because I lost a lot of reading time since I became president. I cannot read as much as I want and my time with my family is mixed with work. My wife for instance would wait for me in the mall when I go out of the office to buy something so definitely my time with my family has been diminished drastically.

How many kids do you have?

I have three kids, one is done with college. I got kids early.

Do you have any favorite books or authors?

I’m a sociologist so I used to read academic books, sociology, theories for instance, but I also read novels. My favorite book is The Brothers Karamazov by Dostoyevsky. He is a novelist and a social commentator.

Who has been your greatest inspiration behind all of your achievements to date?

There is no single person but if you are really asking me, well I think it is Doc  Prudente, the former president of PUP. I was a student when he was the president and he was the one who took me to PUP to work as a member of the academe.

Are there other school presidents who serve as inspiration?

No one in particular.

What advice can you give to the students? To those who will be given scholarships, what important factors do they need to go through?

As a sociologist, I always tell my students to not just be limited within the school or I mean classroom. There are other things to learn from outside the school and they could participate in other activities like discussing issues out there, even joining rallies. But they should not forget when they should not abandon or neglect their studies.

What changes have you implemented or want to implement?

The first major change that I want to institute is the organization or classification of the colleges. We have 16 colleges in the university and I want to merge some to lessen the number of colleges and to rationalize the discipline within the colleges.

What is PUP most known for academically?

Accountancy is the academic niche that we have and Engineering is coming in as another area of excellence so I think we could do well in these professions.

How many campuses do you have?

We have 22 campuses including the main campus in Sta. Mesa all over Luzon. We don’t have one in Visayas and Mindanao.

Are there any plans of opening new PUP campuses?

I was planning to when I was running for the position but I just found out now that there was a memorandum on building new campuses from CHED. The Commission on Higher Education doesn’t want to create any more local satellites. 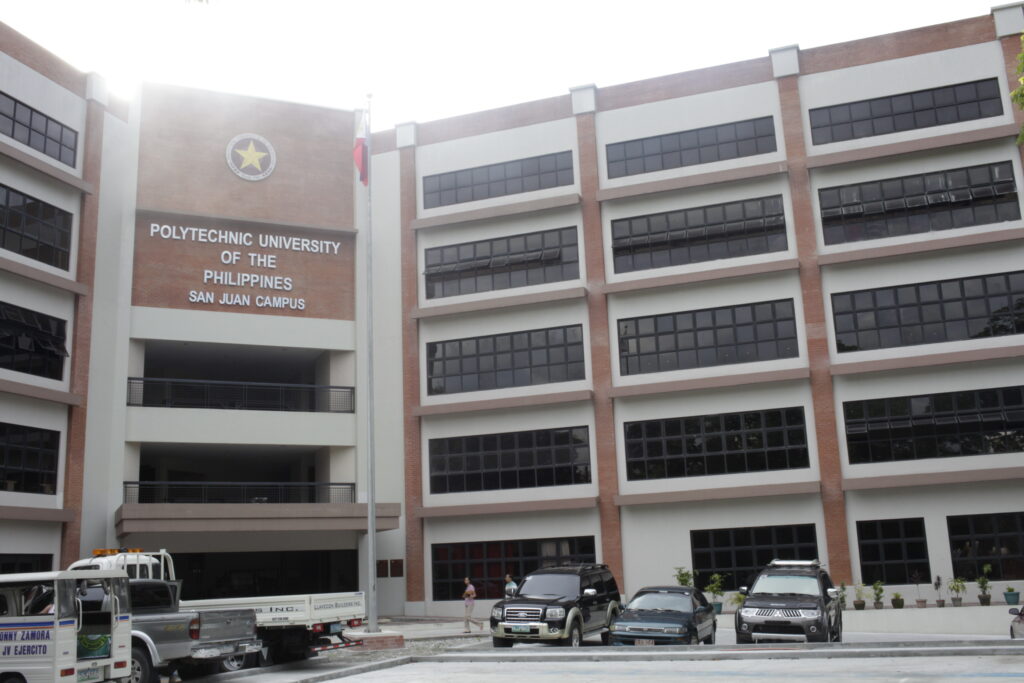 Why should one choose PUP?

Because we are in the Top 3 state universities in the country and we are the cheapest, Php12.00 per unit, you can get a quality education for such a small fee. The regular load of a student per semester only costs around Php800 to Php1,000 pesos. Three units per subject so that is around Php36.00 pesos per subject and we have two semesters per year. Summer classes are not mandatory. They are for those with deficiencies and regular summer enrollment.

For admissions or applications, are they available online or should they go to campus?

For transferees or new students who want to enroll in PUP, what procedures do they have to go through?

They should go to the Admission Office personally because you are a transferee but once you get into the system, you can avail the computerized system that we have. But we have a very strict standard in accepting transferees. The transferee must have a 2.0 average and no failing grade.

On sports, do you have plans for PUP to join university games?

We are a member of SCUAA and this is composed of state colleges and universities in Metro Manila but I wish that we can join UAAP.

What is there to look forward to in PUP?

I have been meeting the faculty of the different colleges and doing consultations with the students and leaders of the studentry.  I think the change is that we are veering more towards improving research in the university not just the “instructional”  but more on producing the materials that we teach – research and production of ideas.

(Based on the exclusive published article in the Style RPA, and excerpts of the interview from one of the episodes of Style RPA TV)