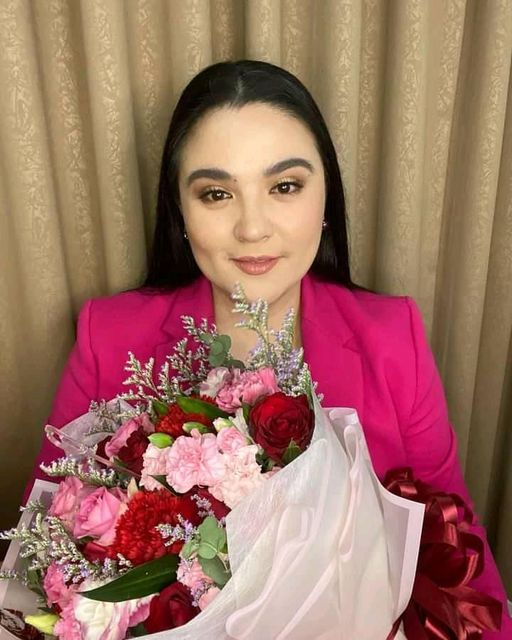 “Whatever I do, I always give my best,” she related from a previous interview, “because not everyone is given a chance to be in showbiz.”

With her recent transfer to Kapamilya Channel (after a 25-year stay with rival GMA-7), veteran actress Sunshine Dizon is determined to stay and excel further in show business. She is set to star in the upcoming teleserye Marry Me, Marry You alongside thespians Paulo Avelino and Janine Gutierrez.

True to her name, Sunshine, in-person exudes a sunshiny disposition. She likewise, sounds very positive about her future. Having spent her early years in show business, Sunshine has acquired the look and attitude of a veteran. “Whatever I do, I always give my best,” she related from a previous interview, “because not everyone is given a chance to be in showbiz.”

An early entry in showbiz

Sunshine had an easy entry into show business because her mom Dorothy was a movie producer. As early as when she was three years old, her mom’s showbiz colleagues had convinced her to include Sunshine in the picture God’s Little Children, her first movie project. Her mom agreed for Sunshine to try her luck in showbiz.

Her mom didn’t go wrong because at a very young age Sunshine has made a mark in the industry. At 12, she bagged the much-coveted Best Child Actress Award from FAMAS. At 13, she became a favorite endorser in commercials. She is hopeful one day she might be able to achieve the status of her idols, Nora Aunor, Vilma Santos, and her all-time favorite American actress, Jodie Foster.

Acting-wise, Sunshine shared that she has matured through time. “All the films and shows that I did were all learning experiences.” She is best remembered for her outstanding portrayals in past TV series Ika-6 na Utos, Magkaagaw, Encantadia, and many more to mention.

Her fondest childhood memory was her trip back to the country from the United States when she failed to bring home with her the giant stuffed toy bear she purchased. “The flight attendants didn’t permit me to carry it on the plane. I threw tantrums. I told them that I would call 911 for child abuse. When I remember that incident, I just realized how stubborn I had been,” recalled the 37-year-old actress.

In private, Sunshine is a homebody and a bookworm. “Magala ang mga mata ko,” she said. “I’m the kind of person who will think a hundred times before I do something. Kaya siguro madalas sumakit ang ulo ko.”

What she values most in life is her family. “Because not everyone can have a family like the one I have, they’re always there for me and they are very supportive of my showbiz career. In the intriguing world of show business, they keep me sane.”

Sunshine is the youngest in a brood of three. She is very close to her other siblings, Richard and Chowtie; and to her mom Dorothy and dad Isagani.

Now that she’s a parent herself, she makes sure to always spend quality time with her two children. It has been an open book about how her past marriage turned out, but despite the chaos and drama, she maintains a good relationship with her estranged husband Timothy Tan for the sake of their children.

Both in reel and real life, Sunshine continues to shine and sounds very optimistic about what the future holds her.

27 Replies to “A sunshiny career for Sunshine Dizon”