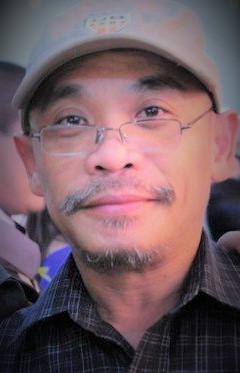 “I want to be a relevant piece of history,” shared the award-winning composer.

Composer Gary Granada experienced a moment of celebrity status when his composition with witty lyrics “Mabuti Pa Sila,” grabbed the grand prize award in the 1998 Metropop Song Festival. What the audience didn’t know was that the song actually started from a joke.

Gary, however, said his work as a composer is no joking matter. “Among the current composers, I think, I work the hardest. My setup is not simple. I spend about 12 to 14 hours a day working – that is serious work. Kasi napapakinggan ko ang mga trabaho ng mga kasama sa industry usually their songs are very personal. They write about their own experiences and their feelings toward certain situations which are not bad at all. In my case, I get to write things which I don’t have an intimate involvement with.”

The award-winning song “Mabuti Pa Sila,” was written in 1997 by Gary and was intended as a single for an album. As it turned out, it qualified in the Metropop.

However, he considered “Mabuti Pa Sila,” as a serious piece of work. “Seryoso naman ang song na ito in a literary sense of the word. Papasa sa classroom at papatulan ng literary teacher ito. In that sense, the material is serious.”

Gary shared that his music tradition originated from protest music. “Ang mga kasama ko diyan ay ang Buklod, Patatag, Jess Santiago, The Jerks, Musicians for Peace, Inang Laya, Paul Galang,” to name some. However, he admitted that they had lost focus because many of his groups disbanded or went on to work for NGO groups.

He felt that it was about time to consider a larger audience because he thought that they were effective. “Ang effectiveness mo naman ay kung nakakapagbago ka ng public policy,” he said.

Gary added: “The way we look at pop music industry decoration lang ang mga ‘yon, a piece of entertainment. You’re earning but you don’t have any political consciousness, so you’re an irrelevant piece of history. That’s why we focus our attention to more historically relevant work.”

Gary is a native of Maco, Davao. He first learned to play the ukulele at the age of three. As he grew older he learned to harmonize different music styles and genres from “Pinoy ethnic” to “rock ‘n roll.”

Gary was a finalist in the 1982 Metro Manila Popular Song Festival with his entry “Ang Aking Kubo.” He eventually won the Grand Prize for “Salamat Musika,” in the 1984 Metropop and “Bahay” in the 1988 KBP Musicfest. He also won in the 1989 United Nations Environmental Program Songwriting Contest for his song “Earthkeeper.”

A testament to his diversity is his ability to compose songs haunting the consciousness such as “Sino Ka Ba Jose Rizal?” while on the other hand, dishing out light-hearted tunes such as “Pag Nananalo/Natatalo/Nang Maging Champion ang Ginebra.” (The other version of the song “Ginebra” was sung by another singer Bayang Barrios.)

“I did put in a lot of work in the song ‘Ginebra.’ The challenge was to capture a national passion in four minutes,” said Gary.

Gary’s songwriting experience goes about several years back. He has produced numerous albums for major record labels and has had written more than 300 songs on subjects ranging from gospel, love, environmental concerns, folk, to political and satirical. In addition, he has also composed full orchestra pieces.

Gary disclosed that he wants to be a “relevant piece of history.”

At ang asin may paminta