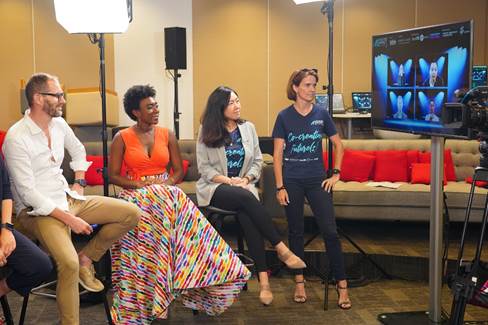 (Hong Kong, 8 June 2021) – The highly successful 2021 edition of StartmeupHK Festival, Asia’s leading startup event, officially came to a close on 28 May, after a bustling week showcasing 806 speakers from around the world. Organized by Invest Hong Kong, the week-long Festival attracted almost 39,000 attendees from 103 countries and highlighted that despite the overwhelming disruption over the last year, startups will continue to do what they have done so well: pivot to meet new demands.

Speaking at the Scaleup Impact Summit by WHub, Mrs. Carrie Lam Cheng Yuet-ngor, GBM, GBS, Chief Executive of the HKSAR Government, hailed Hong Kong for being a pioneering IT hub, one that maintains an equilibrium between privacy and transparency. “Hong Kong’s greatest success lies on its ecosystem, we see a blooming ambience,” she added. Furthermore, Mrs. Lam underpinned the Greater Bay Area’s role as a catalyst, boosting Hong Kong’s position as a gateway to Greater China.

StartmeupHK Festival 2021 kicked off with SHAPERZ organized by FINNOVASIA. Opening the event was Mr. Edward Yau Tang-wah, GBS, JP, Secretary for Commerce and Economic Development of the HKSAR Government, who defined Hong Kong as a “launching pad” for aspiring entrepreneurs, citing the city’s simple tax regime and business-friendly environment. In his opening speech, the minister added that Hong Kong’s successful handling of the COVID-19 pandemic was a testament to its robustness in braving the economic storms.

A key focus for this year’s Festival discussions was the role technology plays in real estate. Speaking at the Proptech Asia & Beyond summit by Asia PropTech, Dror Poleg, Author of “Rethinking Real Estate” explained how technology has shaped the real estate sector but warned of some common mistakes. “Having data is not enough, and knowing what to do with it is a unique skill,” he said, stressing that data only gains value when properly used.

The Virtual Fintech Forum by Virtual Fintech Fair discussed the future of fintech in Hong Kong and the GBA but also highlighted that we are in the golden age of awareness and adoption of blockchain. Vitalik Buterin, Creator of Ethereum, mentioned the bundle of updates coming soon in the industry such as an increase of scalability and Proof of Stake mitigating environmental concerns regarding cryptocurrencies.

Speaking at 1.5 Degrees – The Defining Decade for Impact with Tech by Eureka Nova, was Will McGoldrick, APAC Regional Managing Director at The Nature Conservancy. He stated that green innovations should be tackled as multimodal implementations, whereby innovators should work together starting from the beginning and not once their products are completed. “We have a much bigger impact when we collaborate with others,” he enthusiastically said.

“This year’s StartmeupHK Festival 2021 was far, far more than just a conference. I really felt the amazing array of participants from more than 100 countries embrace our theme of ‘a future unlimited’. It was an inspiring week bringing together some of the brightest minds behind some of the world’s most exciting startups. As the world increasingly moves towards emerging from the ravages of the pandemic, ‘a future unlimited’ seems so very apt,” said Stephen Phillips, Director-General of Investment Promotion at InvestHK.

Featured photo: StartmeupHK Festival 2021 returned in a virtual format this year, attracting almost 39,000 attendees from 103 countries and featuring 806 speakers from around the world.