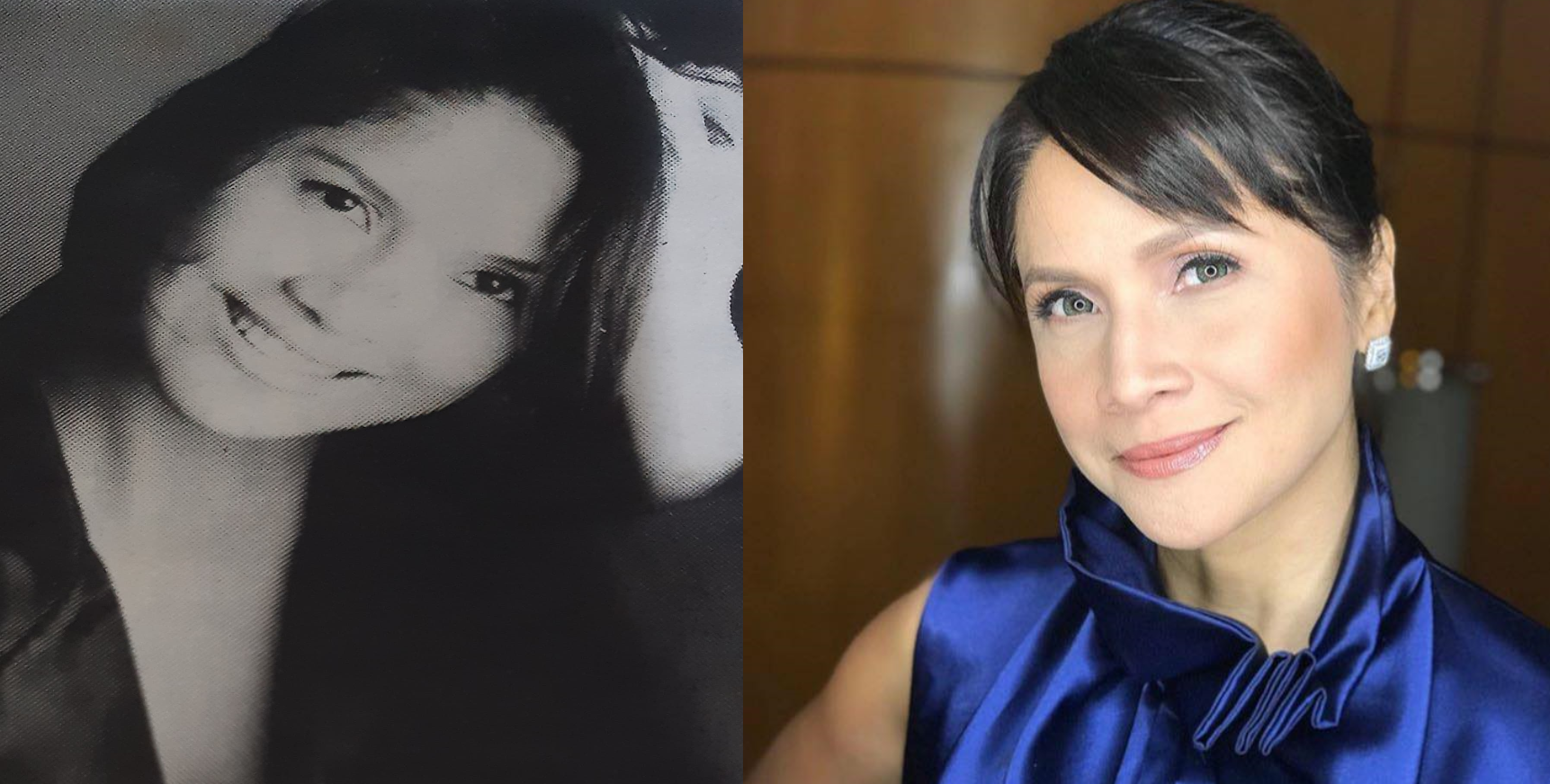 An ugly duckling as a child, she grew up to become the pretty, sweet “Crush ng Bayan” in the 1990s.

She has been critical of the Duterte administration, but the singer-actress Agot Isidro I had interviewed way back in the late ’90s can be described as simplicity and sweetness rolled into one. She said being simple is inherent in her.

“It just happens that I have a different job. I try to keep my sanity. So if I’m not working, I’m a normal person. But if I have to sing in Megamall, then that’s a different Agot,” she related from a previous interview.

Fans in the know are aware that Agot has had her share of failed relationships. From each, she said, she learned a lesson or two. “If my relationship didn’t last long, I get disappointed. But it’s not like a burden that I should carry forever,” she intimated.

After her failed marriage to Manu Sandejas, she has learned to move on. In fact, she’s blooming these days. Her special someone is not from showbiz. (Her boyfriend is Florin “Pilo” Hilbay, lawyer and former Solicitor General).

Her turn-ons? “Someone I can talk to about anything under the sun,” she shared. “He must have a sense of humor. Hindi mayabang (not boastful). The guy has to have perfect table manners. It’s something you do three times a day – how does he do it – if he does it na magulo (messy), it’s indicative na magulo ang buhay niya (that his life was chaotic). And I don’t like someone carrying a clutch bag!”

Agot has also a fetish for shoes. “I want worn-out and down-to-earth shoes,” she insisted. “Ganoon din kasi ako sa shoes ko, pinatatagal ko (It’s the same with my shoes, I last longer). My oldest pair of shoes dates back to 1989.” And she goes for investment dressing. “I have clothes since 1988 that I can still use up to now.”

Agot’s independence was greatly shaped by her upbringing. “In our family, my parents have given us choices. They let us grow as ourselves. They raised us in an environment that we can make our own choices. They don’t actually dictate what they want for us,” she shared.

She learned more about independence when she lived in New York in 1989. She said it wasn’t easy living in a foreign land. She experienced how it was like to be broke and to eat a pretzel as her sustenance. What she missed about New York was being able to walk in the street without building up perspiration. “E, here just five blocks away you have no choice but to take a taxi. You can’t even take a jeep because it’s dusty,” she chided.

Her being a designer takes a back seat at the moment. (She graduated Bachelor of Interior Design in UP). “I’m busy doing things myself. But it’s still there. I’m not licensed,” she said.

Agot believes that it’s possible for a woman to combine marriage and career. “If I want to have a career and start a family, it’s up to me. It’s how I will balance it. My husband has to be supportive of me also.”

Agot admitted that when she was young she was an ugly duckling. “Noong bata ako, ang itim-itim ko,” (When I was a kid, I had dark skin) she disclosed. Agot is the fourth child in a brood of six. She was a swimmer. Nevertheless, she has overcome her inferiority complex. Never mind that she went through it with half an ear closed to intermittent pestering, “Negra!” they called her.

How do you feel now when your photograph is being taken? “I don’t have the concept that I’m beautiful. Now, people say ‘You’re so pretty.’ Really? You should have seen me when I was younger. I didn’t grow accustomed to people telling me I’m so pretty.” She earned the title “Crush ng Bayan” in the 1990s. The title was flattering but she said nothing was put on.

As a child, Agot was not really into dreamland. She wasn’t into Barbie dolls. What she liked to play were the likes of tumbang preso. During those days, her great time was when she would accompany her dad to scout for old cars and restore it into brand new ones; in return, they would sell them to make money.

Some of her what-to-do lists are really far off. One of the things she included in the list is going to Africa. “It’s my biggest dream,” she said. “I’ve been to Europe already. But when you say Africa, it’s a different world, you don’t know what to expect.”

She always wants to travel. Her favorite place is in Palawan. “It’s nice. It’s like a different country,” she said. “Even for just three days, I want to unwind to have a  change of scenery.”

Like everyone else, Agot has her own share of peculiarities. “Nagkukulong ako sa kuwarto (I lock myself in the room). Just for a snap,” she related. “Huwag n’yo na ako kausapin. Lumayo ka na lang muna. Hayaan mong ako ang lumapit.” (Don’t talk to me anymore. Just stay away first. Let me come over.)

But it’s different altogether when she gets depressed. “I cook. Then I’ll call my friends to drop by the house and eat everything I have prepared,” she related. Agot’s specialties are pasta and galunggong fillet. Before her favorite viands were pork chop and chicken.” Though, a hearty eater, it didn’t show in her svelte figure.

Her quiet moment is best spent in reading inspirational and stimulating books like The Road Less Traveled, Chicken Soup for the Soul, Positive Thinking, Men are from Mars, Women are from Venus, and others. But she doesn’t read new age stuff.

“It’s always nice to read a good book. It keeps you updated on other things. And it provides solitude, which I rarely experience as a showbiz person. I always welcome the chance to be alone with a good book,” she ended.