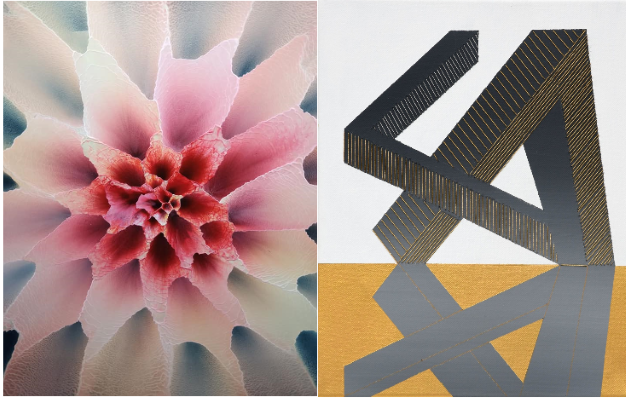 A roundup of art shows in the metro this week featuring the online group show “The Language of Gold” and the one-man show “Regeneration.”

Gold has long represented the presence of the divine throughout centuries of art and its language remains universal. The precious metal has consumed alchemists, compelled explorers, decided the fate of civilizations, and dominated the world’s economy.

For centuries, the decadent metal has been used to reflect what societies value most: whether that be religion, money, or love.

As the light changes and shifts throughout a day, the experience of how the gold shines or shimmers reflects or radiates light is ever-changing. The goal of “The Language of Gold” is to manifest a visual dance of ethereal and luminescent passages of light throughout the artworks.

For more details, view the exhibit at www.galerieqoaquin.shop

According to the exhibit statement, “there is no secret to the Golden Ratio behind Michael Pastorizo’s lotus patterns, but his craft is more than the sum of its parts.”

Moreover, the artist takes his inspiration from lotus flowers which symbolize regeneration and rebirth and are able to thrive in their environment.

A lotus’ growth is hidden underwater, yet certain, as it eventually emerges out of the water’s surface into the light. In the process of regeneration, an organism draws from its own resources, its own cellular makeup, to heal and recover what was lost.

It is interesting to underscore that in the shedding of old parts of oneself, something entirely new is born. This tells us that even in nature, not everything that was lost remains lost forever. Instead, through persistence towards growth, it can find its way back, and appear in a new form.