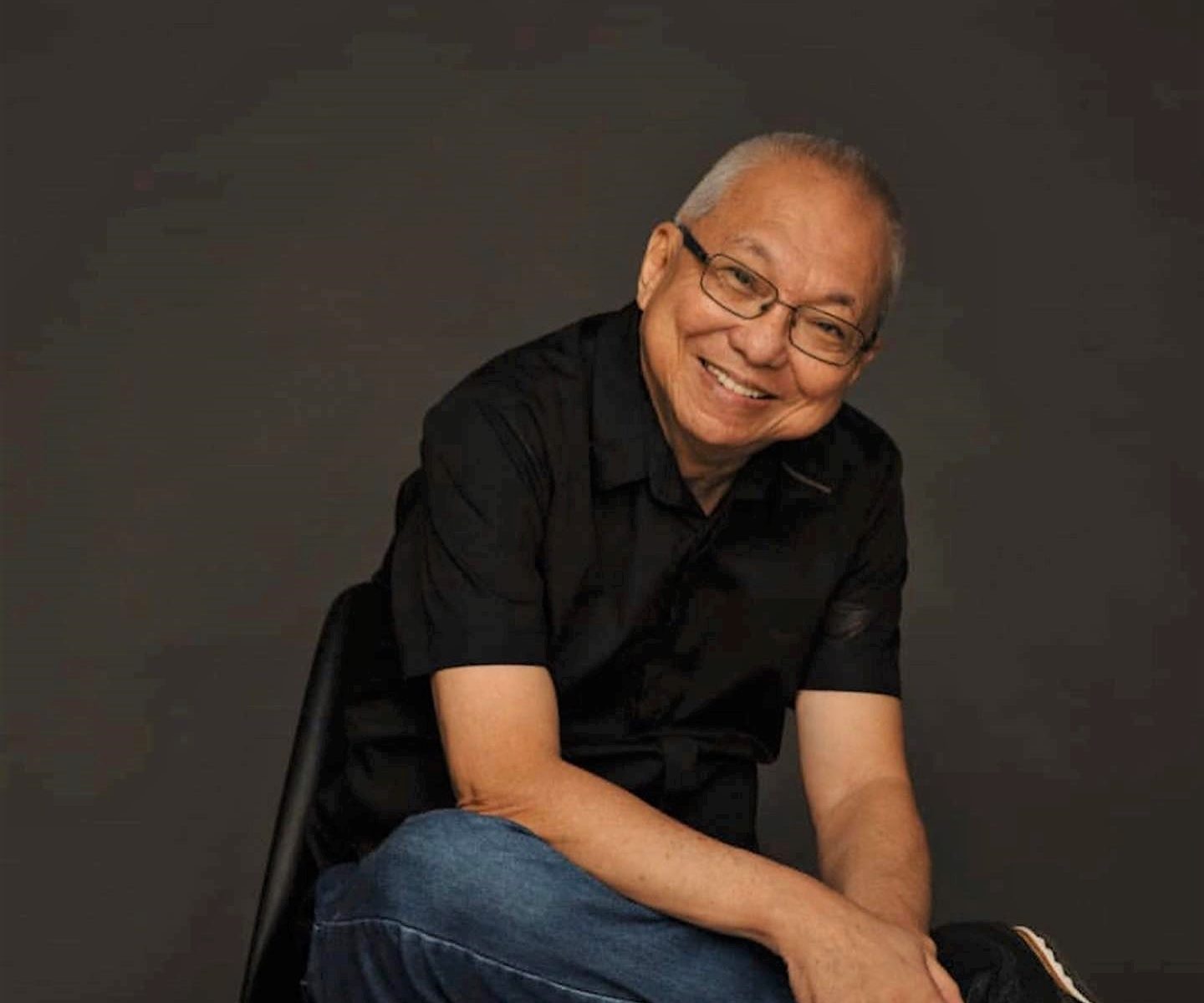 As scriptwriter-director Bibeth Orteza said, “Ricky Lee is a remembrance of all that makes the idea of writing romantic: a lonely childhood, collegiate years without money to spend, a term in jail even. And then an enviable body of work.”

Ricky Lee has spent a good chunk of his career writing scripts for films. Like his screen films, he assumes multiple forms and shadows, complexity, and simplicity in one sleek package.

Filipino film buffs have bought this package, making Ricky, one of the best and multi-awarded scriptwriters in the Philippines today. Some of his finest Filipino films include Himala, Moral, Brutal, Salome, Madrasta, Curacha,  Miguel/Michelle, among many others.

Aside from his many years of teaching at UP and the Ateneo, he has been conducting scriptwriting workshops, proof of his generosity in imparting career secrets to aspiring and upcoming writers.

Ricky is also a well-known fictionist, having won a number of literary awards. He has published an anthology of some of his works in 20 years in fiction, journalism, and film (Si Tatang at Mga Himala ng Ating Panahon.)

Ricky recalls that his scripts of Brutal and Moral had five to seven drafts before he finally perfected them.

He culled most of his ideas from real-life experiences; some from his imagination. “The ideas in terms of the situation, characters, and images are mostly from outside influences and the environment. Then the inside which is the emotion.”

For instance, the script of the movie Mapusok (starred by Rosanna Roces) was written for two days. As well as Malikot na Mundo (1997) and Sinner or Saint (1984). “I wrote Sinner or Saint in the airplane while going home from Brazil. Pagbaba ko ng airport, may script na ako,” shared Ricky.

The film Andrea by Superstar Nora Aunor was written in less than seven days. The longest material he wrote was Moral. “Hanggang nag shooting na nag-revise pa ako. Nagdidikta ako ng lines kay Marilou over the phone,” said Ricky, “because we wanted to find the best way of telling the story.”

Yet, it was the most fulfilling movie for Ricky.

Working with the best directors

His first year in the industry was a big advantage for Ricky because it was during this period that he got the chance to work with the local cinema’s best directors.

When he was working with Marilou he learned a different technique. “Expand. Push. When you develop the characters huwag kang nakakahon. Let’s go unstructured. Most of my works with her are mostly on women, like the trilogy of Brutal, Moral, and Karnal. We clicked because she’s a woman. Hindi ko kailanman ma-approximate ‘yong mga alam niyang nuances, malinaw sa kanya ang pagkababae.”

With Ismael Bernal, he learned how to go “classical and structured.”

Working with dexterous directors (with different approaches) has stretched Ricky’s creative side to the most. From 1979 up to now, Ricky is full-time in the movies. There may be ups and downs in his career, but there will always be people around who will pull him back from leaving the industry.

Nowadays, half of his time is spent writing scripts; the other half he devotes to writing literature, journalism, and theatre. And of course, teaching.

Working with the stars

Among the stars he has worked with, he particularly cherished the times when he became close with Nora Aunor. He first worked with Nora in Himala. But they became good friends while they were doing Andrea.

“Kasi trabahong kaibigan talaga ‘yon. We’re still friends up to now, but not as close as before,” he disclosed. Ricky related that he’s not really close with celebrities. He keeps a distance from them as much as possible.

Ricky’s turbulent childhood has taught him to face life’s challenges and to excel in one’s talent.  He endured many hardships in his struggle to become the country’s multi-awarded scriptwriter.

He typifies the rags-to-riches story. He was born into immigrant families originally from Fujian, China, and was raised in Daet, Bicol. He had a desolate childhood after his parents died when he was still young. He grew up under the care of a relative.

He excelled in school both in Daet and UP. His college days were something for the books. He experienced hunger and loneliness and was jailed one year during Martial Law for his student activism.

He didn’t resent his past. Rather, he became selfless. He uses his life experiences, his struggles, his idealism, and intelligence to create over 70 screenplays that have stimulated many Filipino moviegoers. For those pieces of work, he earned more than 30 (and counting) trophies from all the award-giving bodies in the local movie industry.

Because of his upbringing, Ricky related that he became a very shy person. However, he got over his shyness when he entered show business. “I was extremely shy because my father was also extremely shy. We hardly talked. But he loved me. I was very sure of that,” he intimated.

As a child, he was wont to read almost everything.  “Ang feeling ko noon parang inaarmasan ko ang sarili ko. So I accumulated a lot of knowledge. Basa ako nang basa ng libro since I was seven years old.” But he always wanted to become a writer.

When he was in his fourth year of high school in Daet Chung Hua High School, he wanted to run away from home but there was no chance. He had no money.

“Then I read an ad from Free Press (Filipino) that they would accept the short story. Pinadala ko ‘yong story ko (entitled ‘Mayon’) and it was accepted. Every week, binabantayan kong lumabas ang story ko. Finally, when I saw my byline, na reaffirm ‘yong pag-alis ko sa Bicol. I was paid Php50 for my story. That was the happiest time for me as a writer. Then I came to Manila.”

Ricky said that he experienced the most personal growth during his Bicol and UP years. “Those were the happiest years of my life. And also the starvation years for me,” he said.

As scriptwriter-director Bibeth Orteza said, “Ricky Lee is a remembrance of all that makes the idea of writing romantic: a lonely childhood, collegiate years without money to spend, a term in jail even. And then an enviable body of work.”