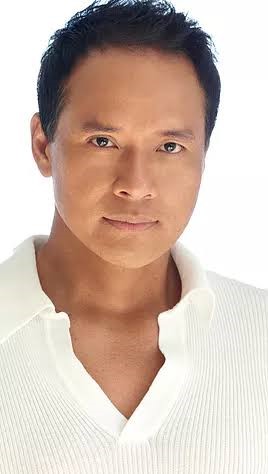 A Holy Week story of hope, surrender, faith, love, overcoming sickness, and the gift of life.  “My life now is full of constant reflection and prayer. Everything in this world is temporary,” the singer and OPM icon said.

Acclaimed balladeer Chad Borja and one of the members of the popular male group, The OPM Hitmen looked back on his past life. For someone who had been through a difficult battle with the Big C a couple of years ago, he hopes that his story will inspire other cancer patients not to lose hope.

“God moves in a mysterious way. He has given me a second chance in life,” he shared from a previous interview. “He answered all my prayers.”

Chad related that he found out he had thyroid cancer after his show with pop diva Kuh Ledesma in Los Angeles in August 1998.

“I was jogging one morning when I felt a block in my throat. I was so feverish at that time and so I decided to consult a doctor. Actually, I had consulted four doctors from New York and LA, and they told me that I had an irritated sore throat,” he recalled.

When he returned to the Philippines, he went to Cebu, his native hometown to seek the advice of other doctors. He was told to take antibiotics.

“But I was really bothered. I was fully convinced that there was something wrong with my system. I underwent an MRI (Magnetic Resonance Imaging), where I was put inside a machine as if it were a coffin for 45 minutes. I preferred not to take sleeping pills because I wanted to know what was happening. After a few hours, the doctors interpreted that I had a mass in my throat, so I needed to undergo a biopsy.

He continued: “Four days after the biopsy I was told that I had a cold nodule. My doctor-friends from Cebu and Laoag told me that I needed to undergo surgery before it spreads. My fears, doubts, confusion, and depression started to manifest. I decided to do some research and to get a good endocrinologist (in the name of Augusto Litongua) from Makati Medical Center,” he said.

Just to be sure, he underwent another test at the Philippine General Hospital. Still, the finding was malignant.

“The doctor told me that if I undergo surgery there’s a chance for me to get well,” he said.

But Chad had mixed feelings about undergoing the surgery because he was advised by a fortune-teller not to do it.

“In one of my guest appearances at GMA-7, I was predicted not to undergo an operation because something bad will happen to me,” he recalled. “Then I started praying. I went to Coney Reyes to seek advice and enlightenment. After that, I became stronger deep inside. I decided to go on with the operation. Imagine, I was crying for one hour and 30 minutes.”

On October 8, 1998, Chad underwent surgery at the Makati Medical Center.

“I didn’t feel anything. At that moment, I didn’t care if I lose my voice as long as I stay alive to give me time to repent for my sins. But the torture was after the operation,” he shared. (Chad has now an artificial thyroid. The operation had left him a horizontal scar in his throat.)

During the first three months, Chad had to take radioactive iodine (a liquid medicine) as part of his treatment. He gained weight because of this medicine. Then he had to regularly monitor his blood to find out if cancer has spread or not.

“Through this experience, I have learned to surrender my life to God,” he said.  “The good news is that my cancer didn’t spread. However, there’s no assurance about it.”

Chad felt fortunate despite everything. “This is my second life,” he intimated. “Now when I wake up every morning, I pray and thank God for giving me an extension in life.”

Slowly, he went back to his singing. But this time around, he has a new outlook. “My life now is full of constant reflections and prayers. Everything in this world is temporary,” said Chad, who’s now a renewed Christian.

Chad said, what happened to him was like a bad dream. “Because of this difficult situation, I’ve become more humble. If I have grudges with people, I just humbled myself. I don’t let anger consume me.”

One thing he has learned from this experience is to be satisfied with what you have and never allow material things to rule your life.

“If you have the chance to say ‘I love you,’ to your parents, loved ones, say it now, because you will never know what will happen,” concluded Chad, who has become a better person inside and out.