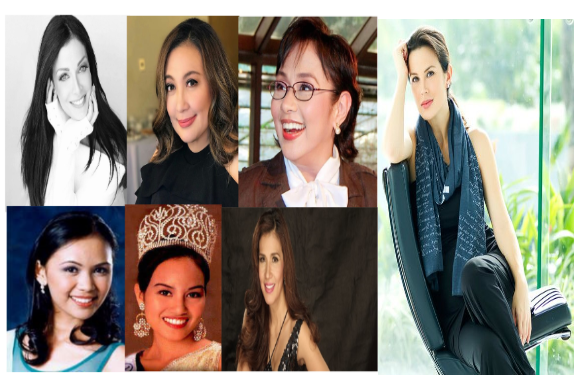 Let’s hear it from these successful women who have made a difference in their own unique ways.

In the course of my work interviewing various personalities, I have come across varying ideas and views about issues – from personal, complex to the most trivial – but what strikes me the most is when those thoughts emanate straight from the heart. It feels genuine and sincere. It makes you think, that we are all the same in the eyes of God – you stumble, recover, and start again, and come out a better person. There is always resilience in the face of trials and adversity.

Here are some of the meaningful quotes I have gathered from my previous interviews with these accomplished women:

“How I rose from scratch makes me a real model for the youth. I will never break that image.”

– Former Miss Universe Dayanara Torres, when she was chosen as one of the “Most Distinguished Women” in Puerto Rico at the age of 23. She shared that she was probably selected because she made well in spite of her very humble background.

“Mothers are often placed in a dilemma prioritizing between career and family. But for me, my family is always first.”

-Zsa-Zsa Padilla, actress, singer, mom, digital influencer, during the time when she was reviving her showbiz career

“After that trying situation, I’ve learned to appreciate life more. It has strengthened my faith. I feel so blessed and whatever will happen to me, I’ll be fine because I’ve been given so much already.”

-Megastar Sharon Cuneta, on her thoughts, when she had her second miscarriage

“I believe in a woman’s right to express herself and to live her life the way she wants to, without losing her sense of morality. I’ll probably despise myself if I take on any man I meet in the streets. Let’s not limit the definition of morality. The most important thing is to have respect for yourself.”

– Star for All Seasons and Cong. Vilma Santos-Recto on how she sees herself in a movie role “Bata, Bata . . . Paano Ka Ginawa?”

“Always keep your values and be well-grounded. When you get into it, you must be mentally, physically, and emotionally stable. You must know what you want because you can fall into so many traps. Make sure to carry the real person in you.”

“It should be considered so important. Where’s the system going if people aren’t educated? How can we vote for a good president if we don’t have educated people?”

“My family. And I would dedicate my life to preserving that. It’s something I hold in my heart. My mission is to help build a foundation for a good family because I believe the family is a source of strength for all of us. So that children will have good idols, and when they have their own families they will also be able to pass on the strong family values they learned from their own parents.”

-Janelle Bautista, former Bb. Pilipinas-Universe on what she considers as the most beautiful thing in this world, and what would she do to preserve it

Individually, these inspiring women have made a difference in their own unique ways. Happy International Women’s Month!