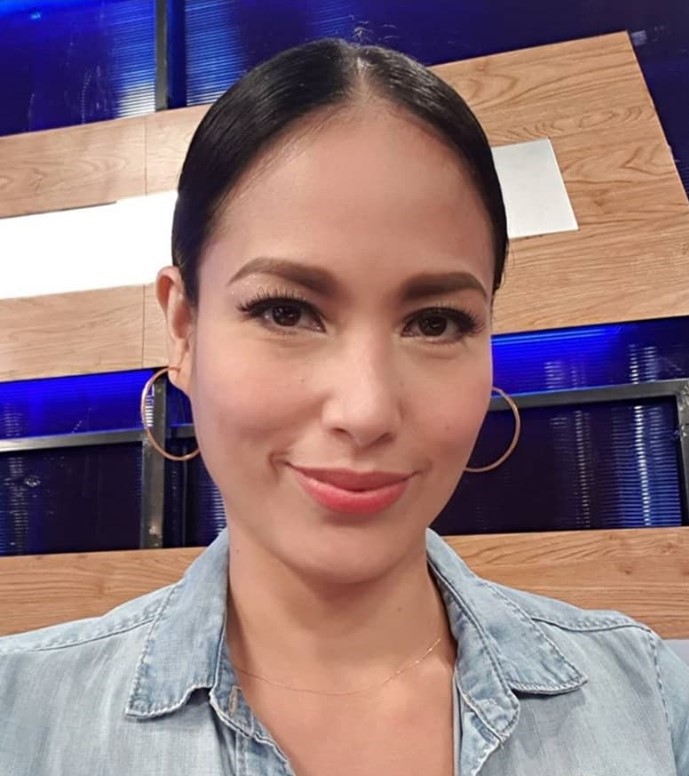 “Joining a beauty pageant is also a good vehicle for empowering women. I know that we have so much to express, we are talented, and we are as capable (as men) to perform complicated roles in our society.”

Former Bb. Pilipinas-Universe Nina Ricci Alagao’s most unforgettable moment was when she won the most prestigious local contest in 2000.

Joining a beauty pageant, she found out, was not as easy as she thought it was. It takes a lot of discipline, grace, intelligence, and inner strength to be able to make it. “It is also a good vehicle for empowering women,” shared Nina, who is also a TV personality, make-up artist, model, visual artist, mom, and wife, rolled into one. “I feel so strongly for women. I know that we have so much to express, we are talented, and we are as capable (as men) to perform complicated roles in our society.”

She exudes the epitome of a beauty queen – independent, intelligent, aside from being beautiful. That she wasn’t aware of.  “I probably had it in me, but I didn’t see it right away because I was very boyish when I was young and my goal was directed towards another thing which is the arts,” she shared. “I remember when I was young, around six years old, there was this girl who was five years older than me, and she called me ‘Miss Universe’ for some reason. I just said, ‘Sana magdilang anghel siya.’ I had no idea why she called me that because I was thin, dark, and ugly then.”

It was her friends who convinced her to join the local pageant at that time. They were prodding her for four years and so she finally agreed.

Among the beauty queens, she looks up to former Miss Universe 1969 Gloria Diaz because “she’s very sincere” and made a strong impact during the question-and-answer portion of that beauty contest.

Of course, she also maintains a beauty regimen. “I wash my face with soap and water after every event or engagement,” she shared. “Then I cleanse it with astringent and I put moisturizer to make it look fresh the next day even If I don’t have enough sleep that night.”

An artist at heart

A painter on the side, she uses mostly acrylic and oil; she also loves doing watercolor on paper. She has learned how to paint from her dad, Tomas, who is a frustrated artist. That’s why after finishing high school at the Philippine High School for the Arts in Mount Makiling (Laguna) she enrolled at the UP College of Fine Arts, where she majored in Visual Communications.

As an artist, she likes women as her subject. “I’m really fascinated with the female body – especially the curves they’re very sensual. And I’ve been trying to master the female anatomy.” Her favorite artists are impressionist Cesar Legaspi “because he makes things appear as close to the real thing as possible,”; and Anita Magsaysay-Ho “because she’s a woman and she’s very expressive.”

For a living, she has been working as a model for print and TV, a make-up artist, and a TV personality. Being a model has taught her how to be more confident. “You can easily face people without intimidation. You learn more about yourself in the sense that you know your best angle and what looks good on you.”

She wants to be remembered as the embodiment of a woman — talented, smart, confident, has a sense of humor and good disposition in life.