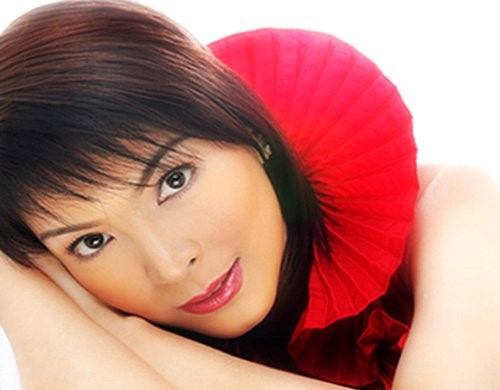 Jamie has interpreted the inspirational song “We Give Our Yes,” adding a feather in her cap.

There’s a new dimension to Jamie Rivera’s music career that she’s very proud of. Just recently, she launched the inspirational song “We Give Our Yes,” the official mission song of the year-long 500 years of Christianity in the Philippines celebration which kicked off last month.

Father Carlo Magno Marcelo wrote the song and produced it by ABS-CBN music creative director Jonathan Manalo. As of press time, it has 113k views on YouTube Channel. 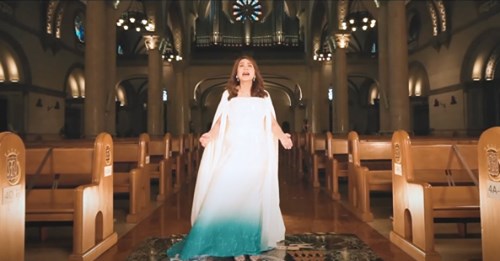 She has made a name for herself as a singer and has blossomed, too, as a composer. Jamie considered being part of Miss Saigon the highlights of her show business career. She was only 24 then.

“Through that, I experienced a twist of fate. Before that, I thought I was just a singer. The stage was still an unexplored arena. Somehow because of Miss Saigon my status was elevated,” she disclosed from a previous exclusive interview.

“Lessons on the latter, I had in big doses. It happened to me one time during my first rehearsal. Our stage director said, ‘You have to be in the theatre exactly 10 in the morning.’ I arrived at about 10:05. He said, ‘Miss Jamie Rivera, you’re now in London, and when I say 10 o’clock you have to be here about five minutes before 10.’”

Aside from Miss Saigon, another memorable performance of Jamie was when she got the female lead of a 22-member cast in the musical Bogis Street. Jamie played opposite Singaporean theatre actor George Chan. The musical was staged not only in the Kallang Theater in Singapore but in Hong Kong and Kuala Lumpur as well.

Jamie admitted that she has experienced how to be treated like a star when her first record album, Hey, It’s Me became gold in so a short time.

“That time I was really overwhelmed,” she recalled. “Even my family misunderstood my intention, my attitude because I became too busy. You should be as normal as everyone else. Of course, if you’re a star somehow you have an edge over other artists. When you’re a star you should be more humble because a lot of people look up to you as a role model.”

Jamie said she considers singing a lucrative profession. However, there are times when it’s not that stable.

“We’re not a regular earner. So you must have a fallback,” she said. “I’m urging other singers to finish their studies so they’ll have a fallback. (In her case, she finished Commerce, major in Economics at UST). She’s also helping her husband in his real estate business.

She has learned to accept that there’s a lean and peak season in everyone’s career. “You shouldn’t be frustrated. You learn through your experiences,” she quipped.

What makes a good singer?

“A good singer should have a distinct quality of voice and proper packaging. I consider Lea Salonga a good singer because of her flawless voice. Of course, there’s Regine Velasquez, Kuh Ledesma, Barbra Streisand, Zsa-Zsa Padilla, and Pops Fernandez,” she shared.

Mary Jane Cruz Mendoza in real life comes from a musically-inclined family. Although, she’s the only one who could sing professionally. Jamie decided to pursue a career in music when she won in the Yamaha Music Mate Girl Contest in 1986 while still majoring in A.B. Economics at the University of Sto. Tomas.

Actual training for her began during her first years with the Metropolitan Theater where she also did her first major concert, Hey, It’s Me, Jamie. Soon after, she recorded her first album. And the rest is history.

In her line of work, the most important lesson she learned is to be politically correct.

“Otherwise, you will get enemies easily,” she said. “Another lesson is to prioritize your family. All the things will fade but not your family; nobody can take them away from you. And whatever you do in the past it will reflect you in the future. While you’re still young try to be good. Keep your feet on the ground.”