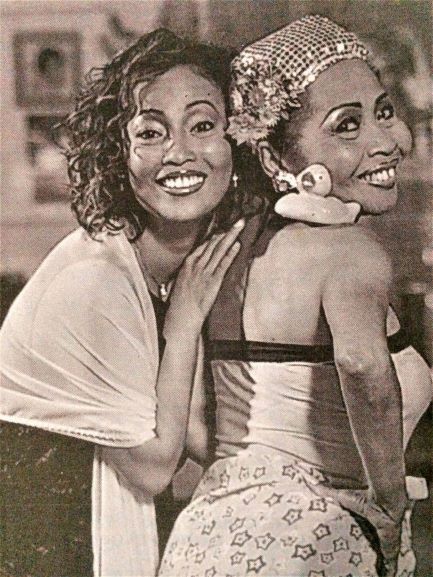 Jaya has said many times: “I know my mom prayed a lot for me. I think that’s where all the blessings came from.”

After 30 years in show business, Queen of Soul, Jaya, feels that she has been blessed. “Life’s been treating me good. I’ve always pursued what I believe in and I don’t think of what people say. I do what pleases me as long as I don’t hurt anyone. And if I didn’t succeed the first time, I just keep on trying,” she shared.

Jaya said that she doesn’t plan to sing forever. “I don’t want to do this forever. I’m only doing this because I’m trying to satisfy myself and the talent that I have. I don’t think I will grow old in this profession. But that’s so far from now.  But who knows . . .”

If there’s a song to describe her life, it would be “What Matters Most.” She said: “People tend to think about the temporary things in life. When we die what matters most is what we have done when we were still alive. While we are still alive let’s enjoy life, make friends, see different countries if you can afford it, breathe, live, enjoy the spirit that’s in you, improve what’s bad in you because we’re only human and we’re capable of committing mistakes. But what matters most is that we should love each other.”

As a woman, she admits she’s bading, independent, and strong-willed. “I didn’t graduate from high school but I still try to learn things by surfing the internet, doing research,” she shared. “As a person, I’m not very trusting but once I trust you, matagal ‘yon. Basically, I’m very loyal. I don’t really harbor ill feelings toward other persons. I just let it pass. I’m very impulsive also and loving, but I don’t forget the past because I based my present life on my past. And I don’t believe in too much in politics.”

Jaya on a roll

Since she launched her singing career locally some years ago, Jaya has become a household name. “I think I’m a little bit more self-assured now knowing the crowd expects me to give this type of music. And sometimes, I want to surprise them.”

Definitely, her living in the States for several years has had a big influence on her musicality. She says, she had the chance to listen to different types of music – Irish, Brazilian, African, reggae, pop, rock, alternative – name it.

“Because of that American influence in me, everybody noticed that I was a bit different when I came here. But I wasn’t trying to sound like anybody else. I’m influenced a lot by African-American music. Back in the old days, my voice was like matining na mataas. Now it has texture. I have the low tones and the high notes.”

Looking back at what she and her late mom, Elizabeth Ramsey had been through, Jaya muses: “Aside from my talent in singing, I’ve inherited some of her good traits, like her spirituality, but mine is in a different way. I’m not a collector of saints like my mom, but I have a few at home. I don’t pray as regimentally, but the moment I hold a rosary, I know that I will be saved.”

Jaya has said many times: “I know my mom prayed a lot for me. I think that’s where all the blessings came from.”

Jaya has been married for more than 14  years now (and counting) to non-showbiz husband, Gary Goditoc. The couple has two beautiful children.

2 Replies to “Jaya: Her own person”