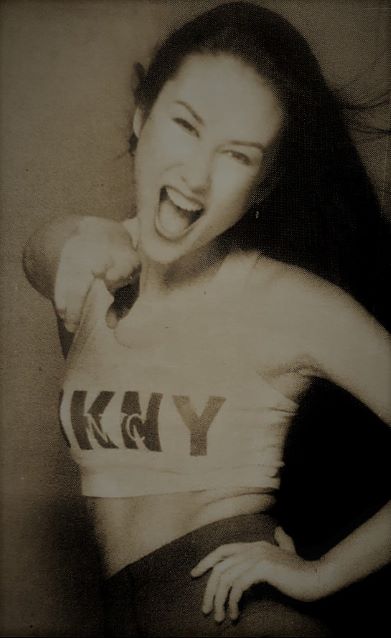 Her mom didn’t live to see her beautiful Filipino-British mestiza daughter win the crown in the past Binibining Pilipinas beauty competition.

“I wish my mom could see me now,” relates former Binibining Pilipinas-World 1999 Lalaine Edson-Forgham from a previous exclusive interview with the author. Her late mom, Gloria (a Filipina from Pampanga) urged her to join the contest. It was her dream to see her only daughter become a beauty queen.

In the question and answer portion during the 1999 Binibining Pilipinas coronation night: “What do you think is the most beautiful thing in the world today? And what would you do to preserve it?”

“It’s not a thing but a human being — it’s the birth of a child. To preserve it, nurture her with love because she’s our future and she will bring our future to us,” was Lalaine’s reply to the question with much confidence.

She cherishes the experience. “We were all old friends,” she says. “The 39 girls were all friends. We were treated all equally.”

The Binibining Pilipinas was her second contest, the first time was in London in 1995 where she bagged the Miss Philippines UK title. After that, she stopped school and came back to the Philippines to be beside her ailing mom. At present, the Filipino-British mestiza is a photographer and filmmaker based in London.

Lalaine’s favorite beauty queens are Abbygale Arenas and Patti Betita. “They’re beautiful and they walk gracefully,” she shares. “Abby is so kind, she gave me all the points that I should know about in joining a beauty pageant. She gave pointers on how to carry myself, how to walk, and look good. She also taught me how to achieve that winning attitude.”

Being the only child in the family is not at all lonely according to Lalaine. She says she has a lot of cousins to keep her company in times of sadness and happiness.

“I was brought up with my cousins around. So they’re like my brothers and sisters already. My mom raised me with Filipino values,” she shares. “When I was growing up many would say that I got the semblance from my dad, but now I’m more of my mom. The shape of my face, my eyes, and lips are from my mom; the color (hazel gray) of my eyes and eyebrows are from my dad. My nose is half of my dad and mom. And my sense of humor is from my dad.”

Lalaine was born in England. At the age of 10, she stayed in the Philippines for four and a half years. Then she returned to England and stayed until the age of 19. She came back in 1996 and worked in showbiz as a ramp and commercial model. And the rest is history.

Lalaine’s beauty secret is never to sleep with her makeup on and after pictorials, she automatically takes off her makeup. Then she washes with soap followed by a moisturizer. Before she goes to sleep, she applies an under-eye cream to lessen the eyebags.

“While we’re still young, we have to look after our skin,” she advises. “When I go out I don’t really put heavy makeup. I just put blush on and lipstick on. The real beauty comes from within. You have to be happy all the time. Smile. So you have a good aura,” she ends.

Based on an original article of the author in Mirror Weekly Magazine, 1999

One Reply to “Lalaine Edson-Forgham’s ‘Gift for Mom’”