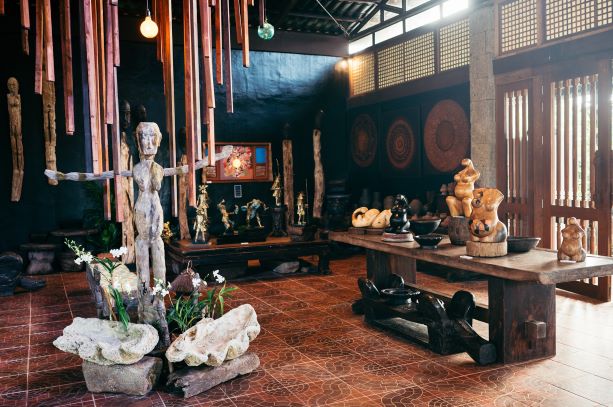 The event was part of the ManilART 2020 satellite exhibition.

“Without prejudice to any belief, we showcase varied interpretations of the spiritual journey to the divine, an awakening, showing that life is never-ending and everything is connected,” explained Rayos de Sol on the concept of the show.

Together with the indigenous show are other works of artists of the same genre on spiritual symbols like the Mandalas of Kublai Millan, Mindanaoan deities of Carlito Ortega, Buntis by Agi Pagkatipunan, and poetry of Riza Matibag Muyot.

The exhibit also features a collection of authentic figurative sculptures called Bul’ols or Ifugao guardians and notable large ceremonial Hagabi, a wooden bench made of hardwood signifying the family’s wealth, power, and prestige.