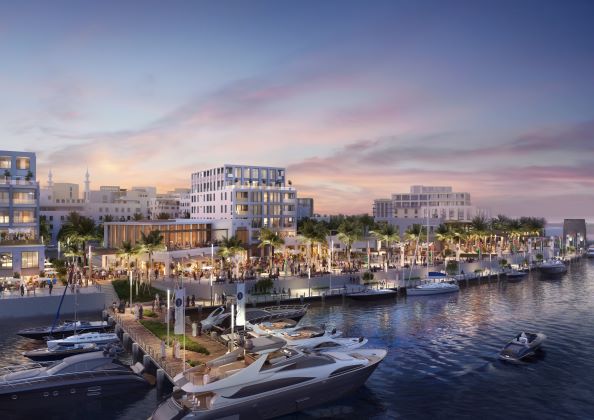 In addition to its vast portfolio of commercial and hospitality destinations, JERDE (The Jerde Partnership) has announced the opening, construction, and development of new projects around the world that explore mixed-use, urban villages, civic, cultural, and residential design. These are situated in Shanghai, China; Kawagoe, Japan; Sharjah, UAE; Monterrey, Mexico; and Bucharest, Romania.

As evidenced by the wide range of typologies, the iconic and internationally renowned architecture and urban planning studio have expanded its expertise in recent years, taking on projects of varying scale and programs. Design Principals are based in the Los Angeles headquarters and in Singapore, and the firm has additional offices in Shanghai and Hong Kong.

“Though we may be known in some circles for our expertise and deep portfolio in retail design, we have never considered ourselves as being specialists in any one project type,” says JERDE CEO Paul Martinkovic. “We’ve always prided ourselves on finding creative design solutions to problems, no matter the typology, and the range of projects we are working on now reflects that.”

With its third phase now complete, Shanghai World Trade Center is the new social hub and heart of the community that delivers a vibrant urban village integrated into the pulse of the existing neighborhood. The ‘new Bund’, sized at 132,000 square meters, offers a dynamic range of dining, entertainment, work, and lifestyle destinations all walkable and complementary to its surroundings.

Recently opened and located near the train station bringing visitors from Tokyo, this civic-oriented vertical village is a conduit to Southern Kawagoe, home to the City’s main performance theatre, civic plaza, and numerous museums.

Nestled in the center of Sharjah overlooking the Arabian Sea, Maryam Island is a 230,000 square meter site master-planned by JERDE and currently under construction. The new site will offer mostly residential apartments complemented by retail outlets, four- and five-star hotels, waterfront food, and beverage outlets, a relaxing 900-meter promenade, as well as a ‘souq’ and various facilities such as a spa, a fitness club, a swimming pool, and a children’s play area.

With views of the iconic mountain skyline of Monterrey, JERDE’s latest masterplan was developed for Distrito Armida, a district situated in the south-eastern edges of San Pedro Garza Garcia known for its modern office offerings.  Phase one includes an office tower and retail at the south end of the site which is currently under construction and set to open in 2021.

Ushering a new era of community and cultural exchange is Qiantan Cultural Centre, JERDE’s mixed-use project that builds on the heritage of Shanghai’s Pudong Districts. Currently, under construction, the 2,240,000 square foot site includes the design of an urban ribbon that acts as a green belt to introduce nature into the projects and all of its connective elements, integrating the project’s 33-story office and mid-rise hotel towers, cultural center, and diverse retail offerings with the surrounding neighborhood.

To be developed over 35 hectares, JERDE has created a large-scale integrated mixed-use project masterplan for Trinity Gardens in Bucharest set to combine culture, shopping, entertainment, hotel, ofﬁces, and residences.