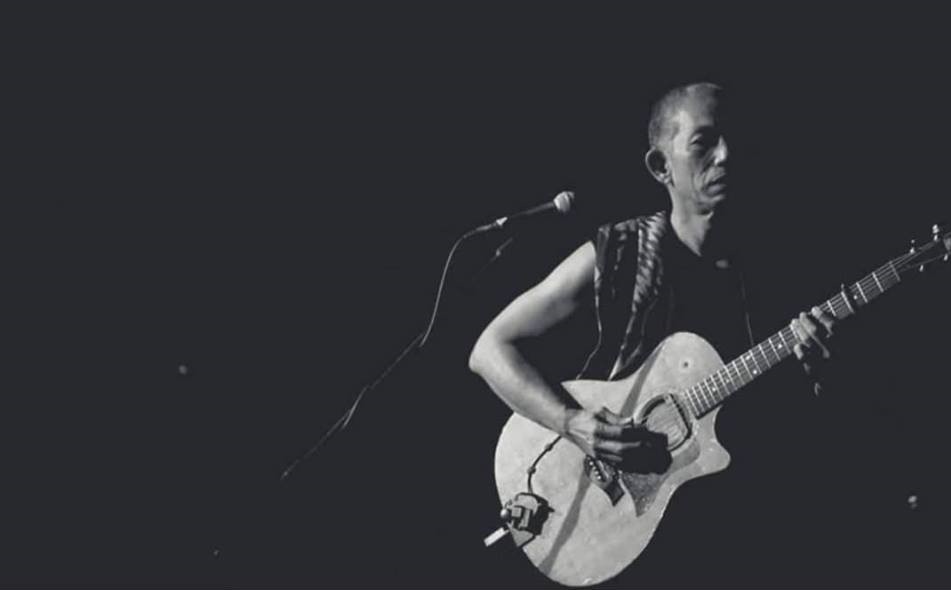 “Evolution is a way to live. We should always challenge ourselves,” the multi-faceted artist shared.

Joey Ayala, to many, is associated with neo-ethnic, indigenous music. Joey, however, thinks he’s between an entertainer and a cultural artist. “I’m in between. I became an entertainer because of my association with culture and arts,” he shared.

Joey, to the unfamiliar, is in fact a multi-faceted artist. He is a poet, a story-teller, a guitarist, a performer, a multi-instrumentalist, a composer, a lyricist, and arranger. And that’s a lot of talent rolled into one.

“As an artist, my contribution here is the way I approach what I do. I’m trying to balance the form and content to make it of higher service to the people. My humble contribution to the evolution,” Joey said.

Joey’s talent was first recorded in his first two albums Panganay Ng Umaga (1982) and Magkabilaan (1986) which became underground classics while his 1992 release Mga Awit Ng Tanod Lupa helped decimate the borders between entertainment and education. And the rest is history

While earning his degree of Bachelor of Arts in Economics from the Ateneo de Davao University, Joey Ayala kept a continuing romance with his guitar, an instrument he learned to play from various means.

Writing was also a major part of his academic life. Yet through his schooldays, Joey didn’t go quite directly into a musical or writing career, but instead, he ventured into advertising, editing, financial consultancy, broadcasting, and theatre.

“I didn’t have a career direction. I was not even aware that I have a career,” he said. “I wasn’t really thinking of money. I resigned from my office work when I met people who are full-time artists from Canada. I was able to perform for a Folk Festival in Canada while I was working in the office.”

Joey shared that the state of the local music industry is pretty healthy now.

Joey’s ultimate goal is “just to be better than I am now,” he concluded.