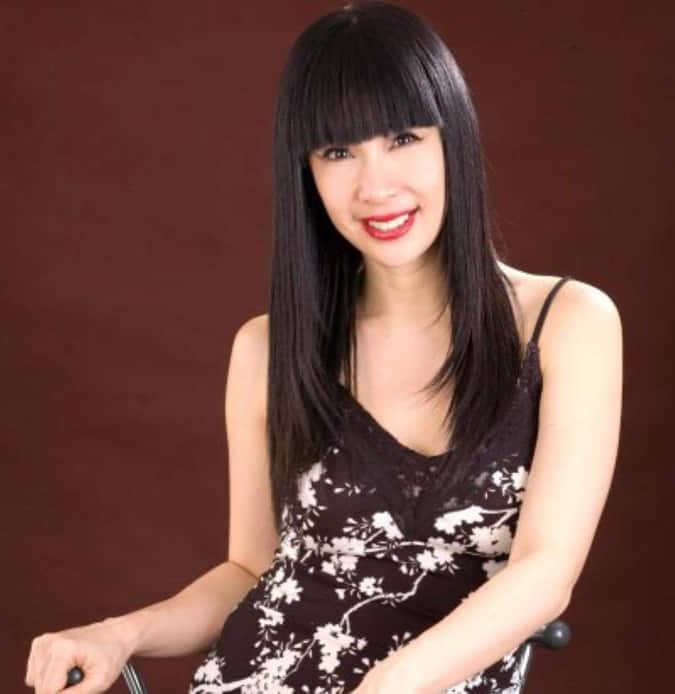 Her confidence and intelligence made her an achiever in her studies, and in her chosen career.

Actress-comedienne, singer, and columnist Giselle Sanchez is a well-endowed artist. She’s a pitbull of fun and talent. She’s a bundle of joy with an over-supply of good sense of humor. But she could be deadly serious, too, as far as work is concerned. When she gets into something, she sinks her teeth into it.

She’s a jack of all trades excelling in acting, hosting, singing, writing, and stand-up comedy. “I cannot be typecasted in just one field because women these days should be multi-talented. To be able to survive in this era you have to be versatile,” related Giselle from a previous exclusive interview.

Giselle said she was lucky because when the opportunity came in, she was in the right place at the right time. In fact, what people didn’t know was that she was prepared to be there.

“My career started because I was in a group called SAMASKOM at UP (Samahan ng Mag-aaral sa Komunikasyon). And we wanted to come up with a comedy show,” she recalled.

“Since we didn’t have money we joined (then) Ready Get Set Go. E, ako gusto ko talagang magpapansin para ma-discover. I put makeup,” she laughed. “My first manager, Del Pascual saw me there and asked me if I wanted to join the movies. I said ‘yes.’ Actually, I was just waiting for his offer.

Then Tessie Tomas saw her at UP when they staged the said play. “At that time, I didn’t have a phone because we live in Rosario, Pasig. Basically, Del was the middle man. Then Johnny Manahan saw me and offered me a couple of guesting in all the sitcoms on Channel 2. After that they made me a regular cast in Ang TV, I was a teacher there. From Ang TV, I was guested for Mongolian Barbecue. Then, Wilma Galvante saw me and put me in SST as a regular host. After that Lorraine Schuck got me for It’s A Date. After so many years, ABS-CBN got me back. And the rest is history.”

Maria Giselle Sanchez in real life was born under the sign of Taurus. She describes herself as “makulit, matigas ang ulo, matapang, loyal, loving, sensuous, and when I go to sleep ang daming tumatakbo sa isip ko.”

How she got her name was a funny anecdote. “No, it wasn’t taken from the ballet. No, my mom was not into the impressionism era. She was a fan of Lorna Tolentino and her name was Giselle. Then ginawa niyang Lorna because magbo-bold na siya,” she recalled.

She said her childhood was a happy one. “When I was three years old, I would lock myself inside the room and start acting and my mom would freak out feeling niya nasisiraan nang ulo ang anak niya,” she adds. “When I was 14, there was one director who dropped by our video shop then I approached him, ‘direk puwede ba akong mag-artista. Oo, ikaw ang ipapakain sa buwaya.’ Kaya ngayon gusto kong makita ang director na ‘yon. I’m sure laos na siya,” she laughed.

In person, Giselle has a whistle bait figure and flawless complexion that can match any beauty queens around. That ugly duckling girl grew up to be a jolly kid. Although she was not that pretty she had so much confidence to feel that she is beautiful. And this confidence made her an achiever in her studies, and in her chosen career.

“Without this confidence, I wouldn’t be where I am now. And my mom Gilda and dad Ike gave me that confidence,” she said, the pride in her voice unmistakable. “And you should give value to your family. I wouldn’t probably be here if I didn’t value my family.”

She said the advantage of comedians is they stay long in the business. “As for stand-up comedy, your key is your mind,” she concluded.