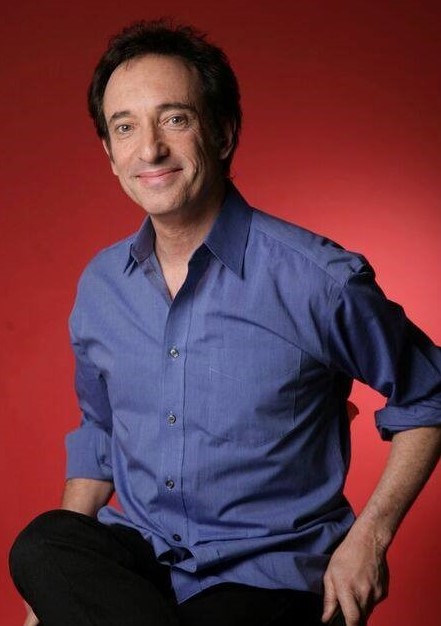 Just like his songs, David Pomeranz has shown to us a part of his being. He is a truly caring soul who shows so much compassion and humanness through his music.

There are famous songwriters and entertainers who recognized the world over by their music alone. One of them is David Pomeranz – the voice behind the breezy and heartwarming hits like “King and Queen of Hearts,” “Got To Believe in Magic,” “The Old Songs,” “If You Walked Away,” “Undying Admiration,” and “Born For You.”

In an interview with David some years back, he related that he had visited Manila four times already. “I love Manila. That’s why I keep on coming back,” he said in his soothing voice. “The people are great, gorgeous, artistic; how they live here is so different from other countries. But I haven’t seen enough of the Philippines.”

He shared that his stay in Manila was something he will always treasure. David conveyed his wonderful message to his Filipino fans: “Thank you for liking my music and for opening your arms to me and letting me in. Expect more albums and more performances from me in the coming years.”

He revealed that his wife, Kelly, has been his inspiration in creating good music. They don’t have kids. It’s David’s third time to get married.

David was born in New York City and was raised in Long Island. At an early age, he showed signs of “things to come” by pretending to be musical conductor while his father’s records were being played inside the playroom and putting on shows for neighbors at the backyard.

His first public singing experiences were singing duets with his father in the Synagogue choir. “I loved singing those beautiful songs. They have such soul and feeling and I’m sure they have a lot to do with how I interpret my songs today,” he said in a fact sheet provided to media.

Not too long after, he learned to play the piano and taught himself to play the guitar and drums. At 14, he began writing his first songs. During his teens, he played in numerous rock bands, including a stint as lead singer with the Cincinnati group, East Orange Express (whose members later went on to become the hit band, Pure Prairie League). His first personal manager was a pop star, Leslie Gore.

At age 19, MCA Records signed David to a multi-album contract during which time he toured throughout America with the likes of Rod Stewart, Billy Joel, Badfinger, Three Dog Night and even a “post-Jim Morrison” tour with The Doors.

“Boy, were those wild times! They were my first experiences playing in 20-25,000 seat auditoriums and I’d stroll out with my acoustic guitar and try to create an intimate experience with the audiences,” he recalled. “It took brass ‘you know what’ but it was great training for me.”

Dubbed by Cashbox Magazine as a “positive hurricane of fresh air” David’s varied career has spanned the fields of pop records, motion pictures, television, and musical theatre. If you still didn’t know, David was the voice heard of the hit ABC series, Perfect Strangers.

Loving musical theatre since childhood, David has also become involved in writing music for some musicals. One of those was the smash-hit West End musical, Time, which starred Cliff Richard and Sir Laurence Olivier, who appeared as a giant holographic projection on stage and recited the lyrics of David’s “It’s In Every One Of Us.”

David also wrote both music and lyrics of the ambitious stage musical, Little Tramp, which was based on Charlie Chaplin’s life story, and who happens to be one of David’s artistic heroes.

The brilliant songwriter-singer is also renowned for his countless charity concert appearances over the years, which have benefited a number of institutions. It only proves that David is willing to share his blessings with other people.

Just like his songs, David has shown to us a part of his being. He is a truly caring soul who shows so much compassion and humanness through his music.