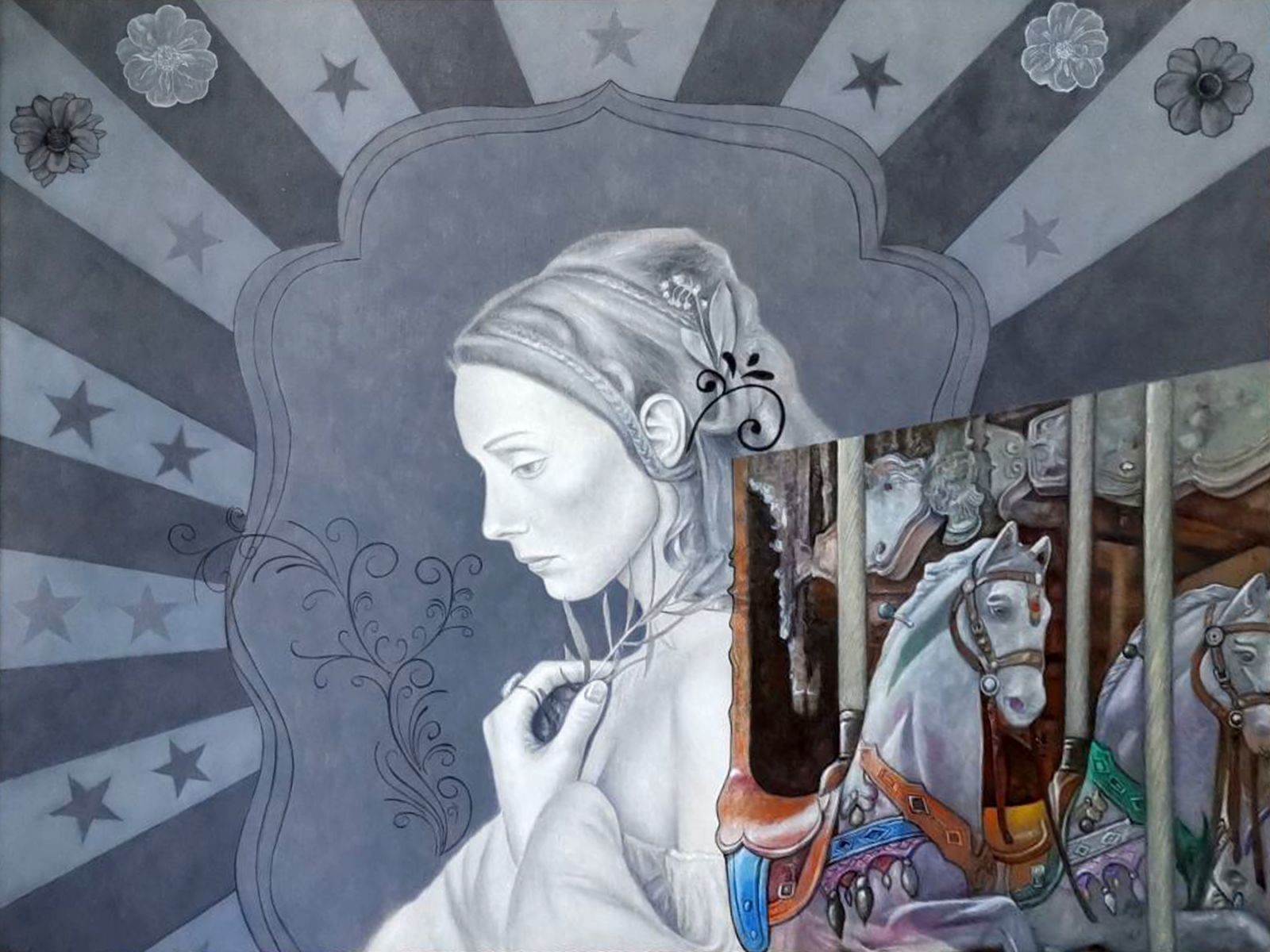 Master minimalist and award-winning artist Nikulas Lebajo has depicted the subject matter in the context of visual interpretation for his 20th one-man exhibition aptly titled “Carnival,” showcasing more than ten pieces of conscientiously, and well-thought-of oil on canvas paintings.

As life-imitates-art, the appeal of this theme to the artist is deeper as he looks back on his more than 30-year journey as an artist and what he has accomplished thus far in his painting career. He found it an excellent means by which to capture society’s idiosyncrasies. He presented his figures in such a way to express their inner meanings rather than their outer, anatomical forms. In this way, he was able to convey the nuances of his creations.

In one of his works titled “Circus,” characterizes the strong persona of the brawny man with the circus characters in the background doing their tricks and the almost silhouette images of his trademark jars in succession. He organized the images depicted and began to build volume of earth colors across the surface of the canvas. The effect was imagery that no longer ebbed but instead, vulnerable to enter the viewer’s space and construal. Almost crowded to the point of teeming, the figures in Nikula’s works astonish with their appearance.

Carnival as a social institution, “is a culture defined by folk-humor, a temporary space where everything is permissible, except, arguably, violence.” It is a time of glut, occupying the space between art and life. It is a transitional space, continually changing.

It wasn’t only Nikulas who got charmed by the carnival or has tackled the same theme. If we consider the development of modern art, it quickly becomes apparent those artists like Seurat, Renoir, and Degas to Picasso and Matisse, among others, all felt obliged to depict the circus. Nikulas has portrayed it in the present time by decomposing and deconstructing the figures using technology and skillful rendering.

And while the carnival is by definition a temporary space, subject to ebb and flow of life, the spirit behind it is never-ending, persisting in the creative minds of artists. As long as there are artists who remain captivated by the theme, it will live on. When we celebrate our gentler natures along with transcendent aspects of our humanity, we celebrate the fullness of being. It means living without trepidation and disgrace, it means being an all-embracing and upright human being.

Nikulas recent works will be on exhibit until April 15, 2020, at The Saturday Group Gallery, 4/F East Wing, Shangri-la Mall, Mandaluyong City. It is presented by the Gallery BIG.

Nikulas started his painting career as the Grand Prize winner of the Shell National Painting competition in 1989. He had successive one-man shows at the then prestigious The Luz Gallery, a consistent prize winner in the past Shell, Metrobank, and Philippine Art Awards competitions, and has had exhibitions at noted galleries here and abroad. He took up Fine Arts at the University of the Philippines.