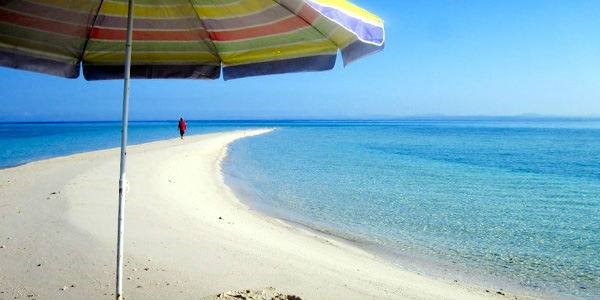 The province is home to one of the oldest religious festivals of the country, the Moriones, observed yearly every Holy Week. Its 100th founding anniversary was held recently with an array of interesting activities.

Marinduque, an island province in the Philippines located in Southwestern Tagalog Region or MIMAROPA has celebrated its centennial founding anniversary last week highlighted with an array of festivities to showcase its rich cultural heritage, native crafts, language, natural attractions, and the warm character of its people.

The unveiling of the plaque for the Boac Cathedral as an Important Cultural Property — declared by the National Museum of the Philippines in December 2018 — kicked off the celebration.Other events lined up were the launch of the Centennial Monument and the Bantayog-Wika, an initiative of the National Commission for Culture and the Arts, Komisyon sa Wikang Filipino, and the provincial government, in recognition of Marinduque’s vernacular as among the roots of the national language.

An art workshop led by artist Fernando Sena, a native of Gasan town was an interesting activity witnessed by festival visitors. As well as, the agro-trade and tourism fair organized by the Marinduque Chamber of Commerce and Industry and the Department of Trade and Industry. The opening of 4×4 Offroad Jeep Club Philippines National Jamboree and the Centennial Heritage Tour, a visit around the province’s tourist spots were also some of the fascinating highlights of the celebrations.

Marinduque’s capital is the municipality of Boac. It lies between Tayabas Bay to the north and Sibuyan Sea to the south. The province is home to one of the oldest religious festivals of the country, the Moriones observed yearly every Holy Week. It is where you can also find some of the captivating tourist attractions worth visiting this coming summer and all-year-round.