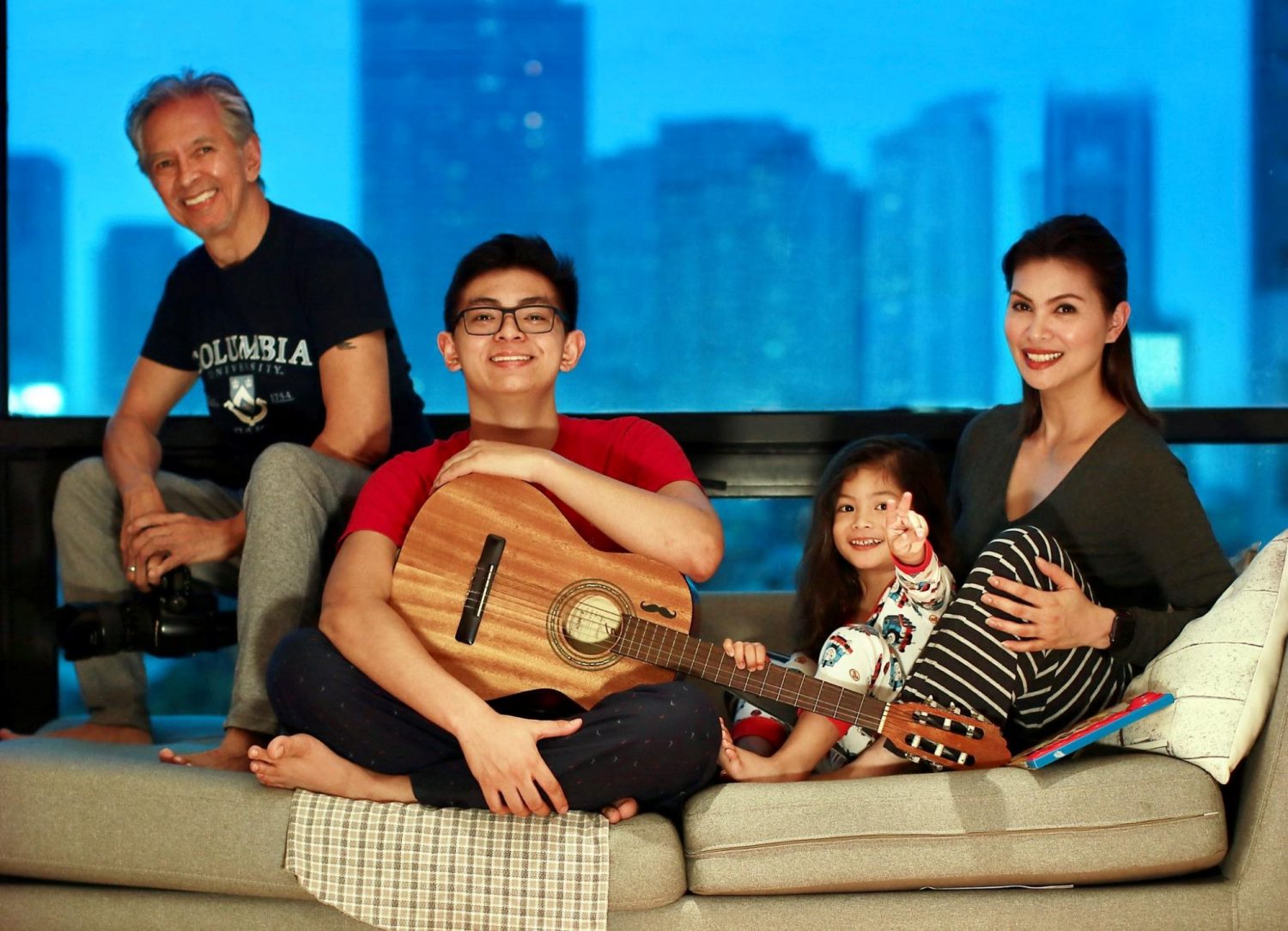 Jun and Abbygale have found each other and both feel right for each other. They have proven time and again that love knows no age. When you find true love, you will not care about the age difference anymore, all you will care about is spending life longer with each other. Nothing matters. It’s love.

Says he:  “It never occurred to me that I would offer marriage to anybody, after 20 years of working with beautiful women . . . Then I met Abby.”

Says she:  “Our love grows every day.”

Abby and Jun returned to the place where they fell in love two years before – Dubai. They sealed their relationship with marriage vows on August 29, 1998. It was a very quiet and intimate ceremony in an old church. They took off again for a grand honeymoon tour of U.S. cities — New York, Chicago, and Los Angeles. It wasn’t really a “secret” wedding. The sweethearts had told their families of their plan. Still, Abbygale described it as the happiest day of her life. She choked on her lines. “Tears kept flowing from my eyes and it was only Jun whom I could see,” she recalled. Jun was equally emotional. It was a second try at marriage for Jun. This time, he explained, he wanted to keep the ceremonies simple then give his new wife a really grand honeymoon.

Abbygale first met Jun when she was only 18. Then, a young model that just got back from New York. She reported for a pictorial at then Jun’s studio at Traders Hotel (now Hotel Jen). Their second meeting was in Dubai in 1996 for the Mayflower Boutique pictorial project. Abbygale was the model and Jun was the photographer. “After we returned from Dubai, almost every night he would always visit my place in Mandaluyong,” said Abbygale.

The courting stage was short revealed, Abbygale. “Dubai pa lang magka-holding hands na kami,” she giggled. When they returned to Manila, they were in a dating stage already. After two months, Jun told her that he wanted to go to Pampanga to meet her family.  “When he went there, he was with his children. Sabin ng mama ko, ‘sino kaya sa mga ito ang boyfriend ng anak ko.’”

On her relationship with Jun, Abbygale said that her mom was more open-minded than her dad, who was apprehensive at first of the situation. “But he changed when he saw that we were heading for marriage,” said Abbygale.

Jun said, Abbygale, came at the right time in his life. “For me, marriage is not needing, but two people wanting to share. I used to live alone. Then suddenly, I felt I have something to share. That’s when I met Abby.”

The age gap was not at all a problem for them. “With us, it was never a problem,” said Jun. “Marriage should give you wings, not a chain. One nice thing about us, we both want to be together after a day’s work. Knowing where I am at this point in my life, I will not waste my time. I’ll give as much as I can.”

Thinking of the age gap, Abbygale said that “it adds ups to the good relationship we have at the moment. I treasure every moment we’re together.”

What Jun has learned from Abbygale is that “I could love again.” “That I can have a family of my own, that I can share my life with somebody else, that I can occupy my space with somebody, which before I couldn’t because I considered my room as my private domain – only my children could get inside. She opened the door. You know it’s difficult to recover again after a failed marriage.”

Abbygale, on her part, learned a mouthful of wisdom from Jun, “perhaps because of his experiences. He is my best supporter. What’s important in a relationship is to have love, trust, and respect. Show your partner that you love him. Don’t be influenced by others when it comes to your decision.”

Abbygale said she’s grateful to be part of Jun’s home. “This is not a regular marriage. Like, I don’t have to cook for two. He already has a home, isinali nya ako.” She had no problems with Jun’s children as well. “We get along well. I’m a friend to them. They call me Abby and I never consider myself their stepmom.” (Jun has seven children, namely: Christine, Timmy, Oliver, Patricia, Katrina, Nico, and Isabela).

Jun returned the appreciation: “I thought I had everything until I met her. I had a family, a stable career, the professional respect I worked for. It never occurred to me that I would offer marriage to anybody, after 20 years of working with beautiful women.”

He added, “I see her inner beauty in so many ways – a good daughter, a sister, and a good friend. She has accepted me for what I am. It was like a big reward, a big bonus for me.”

Jun and Abbygale both feel that they deserve each other. Their union has been blessed with two beautiful children – Irijah, 18, who is taking up Filmmaking in Columbia Chicago; and Eli, 4. They are keeping the love alive after 23 years of married bliss.