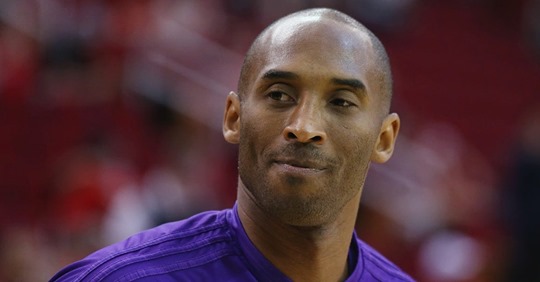 “Don’t look at what I did, but how I did it. That’s ‘mamba mentality,’” said Kobe from his past interview. He added: “When you find that thing you love, then life makes sense. For me, it’s basketball.”

The sports world mourns the untimely death of NBA legend Kobe Bryant in a helicopter crash on January 26, 2020, in Calabasas, California. He was 41. What’s more heartbreaking is the fact that his 13-year-old daughter, Gianna, also died in the accident and other seven passengers. No one survived the crash. The news came as a shock to everyone.

The 18-time National Basketball Association (NBA) All-Star had five championships during his illustrious 20-year career with the Los Angeles Lakers. He enjoyed one of the greatest careers in NBA history and became the face of the Lakers. He was the league MVP in 2008 and a two-time NBA scoring champion and earned 15 All-NBA selections.

According to reports, the helicopter, owned by Kobe, took off at 9:06 a.m. local time from Santa Ana/John Wayne Airport in Orange County, California. It crashed at 9:47 a.m. in Calabasas. Foggy weather conditions in the area at the time are believed to have caused the crash.

Father and daughter were on their way to his Mamba Sports Academy for a basketball game when their helicopter crashed. Gianna was supposed to participate in the game, with her father serving as her coach.

Upon learning of the tragic accident, fans of Kobe rushed to the site of the crash to give tribute to the well-loved NBA legend.

The outpouring of sympathy was also felt during the 62nd Annual Grammy Award held at the Staples Center on the same day of the accident. A special tribute was held at the arena in memory of Kobe.

The Grammys opening was dedicated to Kobe, with American singer-songwriter Lizzo remarking “Tonight is for you, Kobe” as she sang the ballad “Cuz I Love You” and “Truth Hurts.” Alicia Keys and Boyz II Men also dedicated their a capella performance of “It’s So Hard to Say Goodbye to Yesterday.”

Indeed, it’s so hard to say goodbye to a man who became a role model and inspiration to a lot of youngsters and basketball players around the world.

86 Replies to “Kobe Bryant: Death of an Icon”